A look back at 2018–19, including faculty, student, and staff highlights; campuswide events; the launch Women at the Summit, Trinity’s celebration of 50 years of coeducation; academic and athletic achievements; and much more. 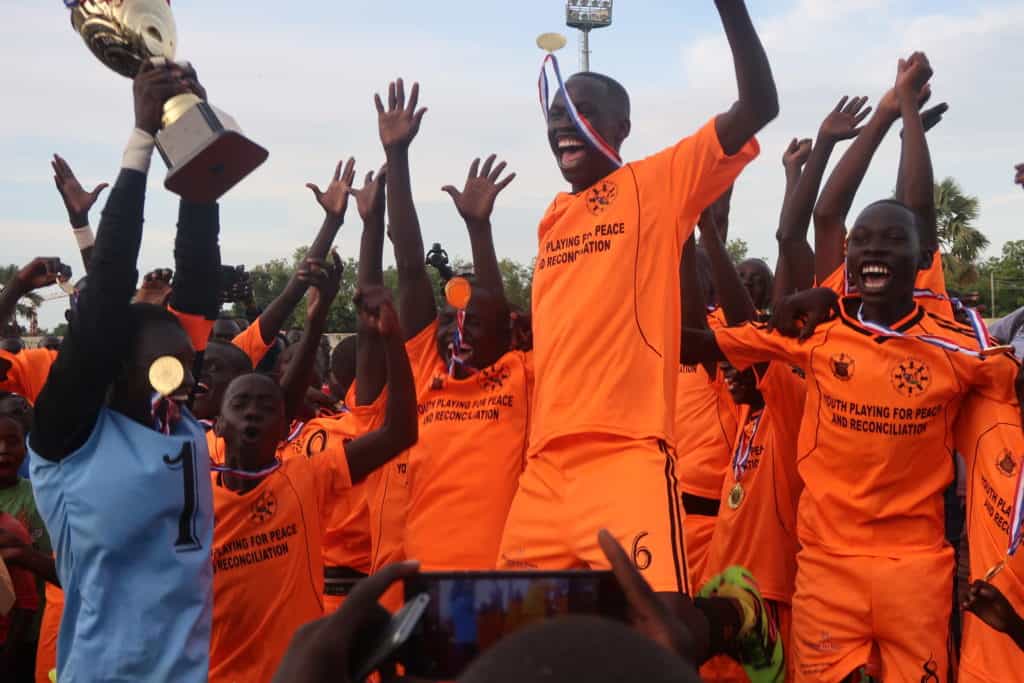 As the recipient of a ‘Projects for Peace’ grant, Ukuch Gabriel Ligol ’19 returned to his home country of South Sudan last summer with a plan to help build peace in the region by bringing together young members of combative tribes for a soccer tournament.

ISP students have the opportunity to join upper-year student researchers in Trinity’s 10-week summer research program (which includes a stipend and housing), through which students conduct research on campus with faculty members.

Four dedicated alumni joined the Board of Trustees in 2018, including Walter Harrison ’68, H’18.

Welcoming the Class of 2022 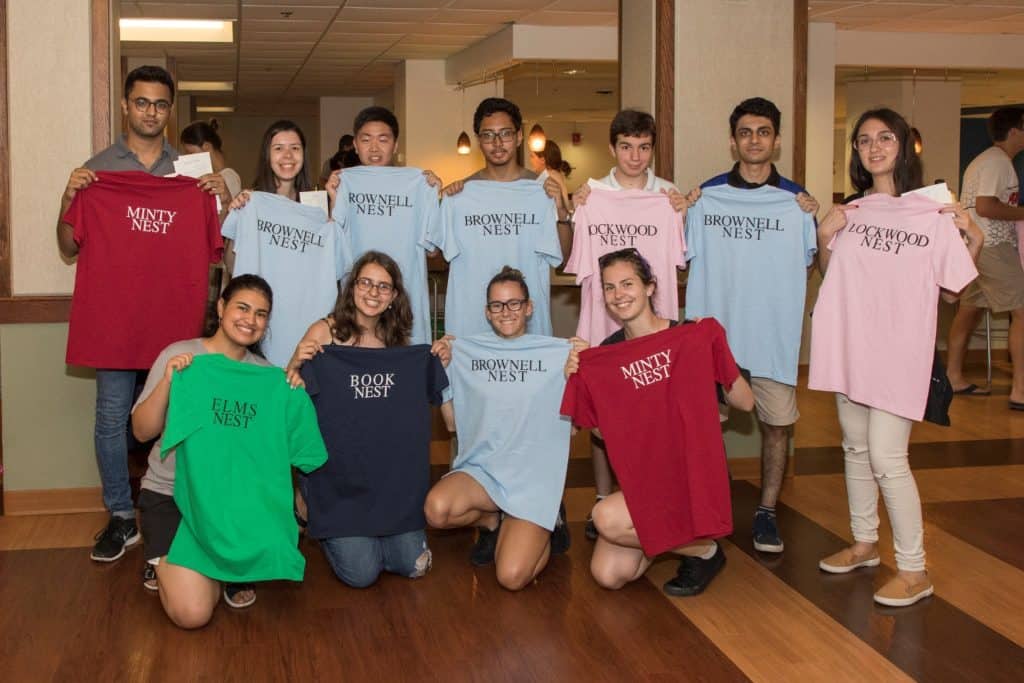 “We are thrilled to welcome the Class of 2022 and our new transfer and IDP students,” said Trinity College President Joanne Berger-Sweeney. “These students bring impressive academic strength as well as a wealth of experience and interests, including prior civic and community involvement and global experiences. In the case of both our domestic and international students, many have studied or volunteered abroad, and their range of perspectives will enrich the Trinity experience for us all.”

Promoting a culture of urban environmental sustainability is a central goal of the college’s Summit Strategic Plan, and is essentially the job description for Rosangelica Rodriguez ’15, M’18, Trinity’s first sustainability coordinator.

Trinity College announced the creation of its Center for Hartford Engagement and Research (CHER), bringing together five community engagement programs at the college to work as one group.

Amid new U.S. immigration policies and threats to academic freedom around the world, Trinity College is among 11 U.S. institutions of higher education that have joined to form The New University in Exile Consortium, affirming a commitment to providing a haven for refugee scholars.

Who Will Write Our History 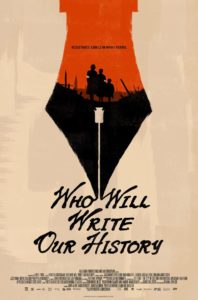 , “A new film about a hidden World War II-era archive, created in secret by Jews living in Warsaw, is showing in western Massachusetts. Who Will Write Our History is based on a book by Trinity College historian Samuel Kassow. The film begins in 1940, two years before Germans first start to send hundreds of thousands of Jews from Warsaw to Nazi gas chambers. A small group of men and women living in the enforced Jewish ghetto secretly collected artifacts that would document their lives. The archiving effort was led by Emanuel Ringelblum.” The film had its world premiere in San Francisco.

Michael Acosta ’13: The Perks of Being a Bantam in Hartford

Charles Guilford Woodward, Class of 1898, chose to invest in Trinity when the college was facing a significant deficit in 1914. He established a trust that would support both Trinity students and his family during their lifetimes and that would grow into an endowment that, today, 68 years after his death in 1950, has provided Trinity with an extraordinary gift: an unrestricted bequest of $12.3 million.

Education Dive reported, “In a move to reduce financial uncertainty and encourage more students to apply, Trinity College, in Connecticut, will ask low-income students to request institutional aid just once, when they apply to the college.” Students must be Pell Grant-eligible and have a family income of $60,000 or less. Trinity's financial aid director said the program was created to remove several barriers to low-income students enrolling in the college.

Infosys, a global leader in consulting, technology and next-generation services,  announced an exclusive partnership with Trinity College to create new educational programs that prepare liberal arts students and Infosys employees for the digital workplace of the future. This multi-year collaboration will establish a Trinity-Infosys Applied Learning Initiative, which will provide learning opportunities for Trinity College students, engage faculty and alumni, and offer training for Infosys employees. 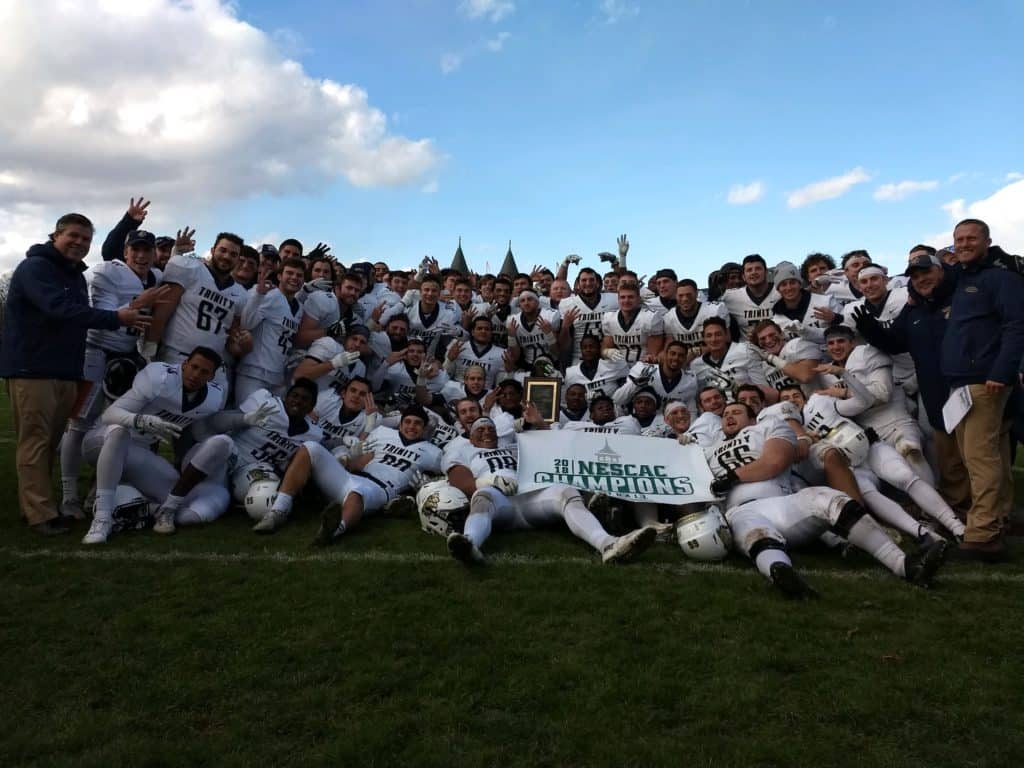 It takes courage to sit down to talk with someone whose political views are very different from your own. But that’s exactly what members of the Trinity community and the wider community did as they participated in One Small Step, a StoryCorps initiative that came to Trinity’s campus last fall. Listen to a podcast on WNPR in which students Bettina King-Smith ’21 and Nick Engstrom ’22 discuss their experiences talking about their political differences.

Mather Hall’s Washington Room transformed into a courtroom when the Connecticut Supreme Court came to campus to hear oral arguments in two cases as part of the court’s “On Circuit” program, which educates students and residents of the state about the role and responsibilities of the appellate system. 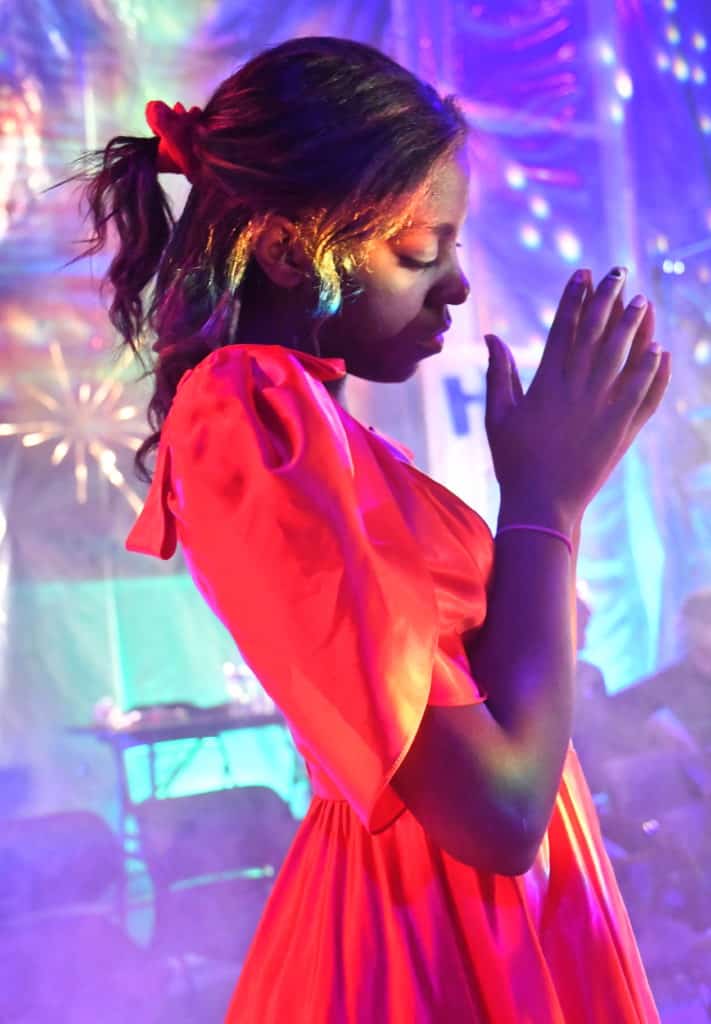 Somewhere (something wonderful) was one of the many theatrical productions staged at Trinity’s Austin Arts Center during the past year. It was directed by Mitch Polin, associate professor of theater and dance. Click here to see more photos of the production. 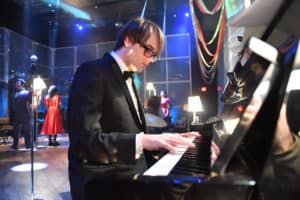 In January, several Trinity students dedicated the week before the start of the spring 2019 semester to volunteer work at a variety of sites in the Hartford area through the group known as the January Experience of Living, Learning, and Outreach, or JELLO.

Women at the Summit: 50 Years of Coeducation

In the fall of 1969, Alyson Adler became the first undergraduate woman to sign the Trinity College Matriculation book. That historic occasion signaled a sweeping evolution at Trinity and at so many other colleges that became coed in that era. To commemorate this important moment in the life of the college, a three-semester-long set of programming and special occasions was kicked off with receptions this spring at 12 different venues across the country (and one in Paris).

More about Women at the Summit:

Trinity’s on a great path to be more inclusive and diverse.

Craig Schneider, Charles A. Dana Professor of Biology: Forms Most Beautiful and Most Wonderful

Evert was joined by Trinity Professor of Physical Education and Head Field Hockey Coach Anne Parmenter for a conversation about her legacy as a trailblazer in the world of women’s sports.

Since they graduated from Trinity College last spring, alumni from the Class of 2018 have secured opportunities to work, study, and volunteer around the world.

‘Trinity Week’ on The Academic Minute 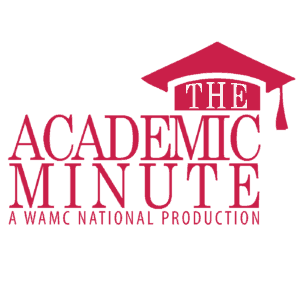 A WAMC national production supported by The Association of American Colleges & Universities, The Academic Minute features researchers from colleges and universities around the world, keeping listeners abreast of what’s new and exciting in the academy and of all the ways academic research contributes to solving the world’s toughest problems and to serving the public good.

Members of the Trinity community gathered in the spring to promote sustainability on campus and in Hartford during the second annual GREENFest, organized by the student group, Green Campus.

Trinity College President Joanne Berger-Sweeney was named one of eight winners of the Hartford Business Journal’s 2019 Women in Business Awards, which recognize “remarkable women who are making a significant difference within their organization and the community.” 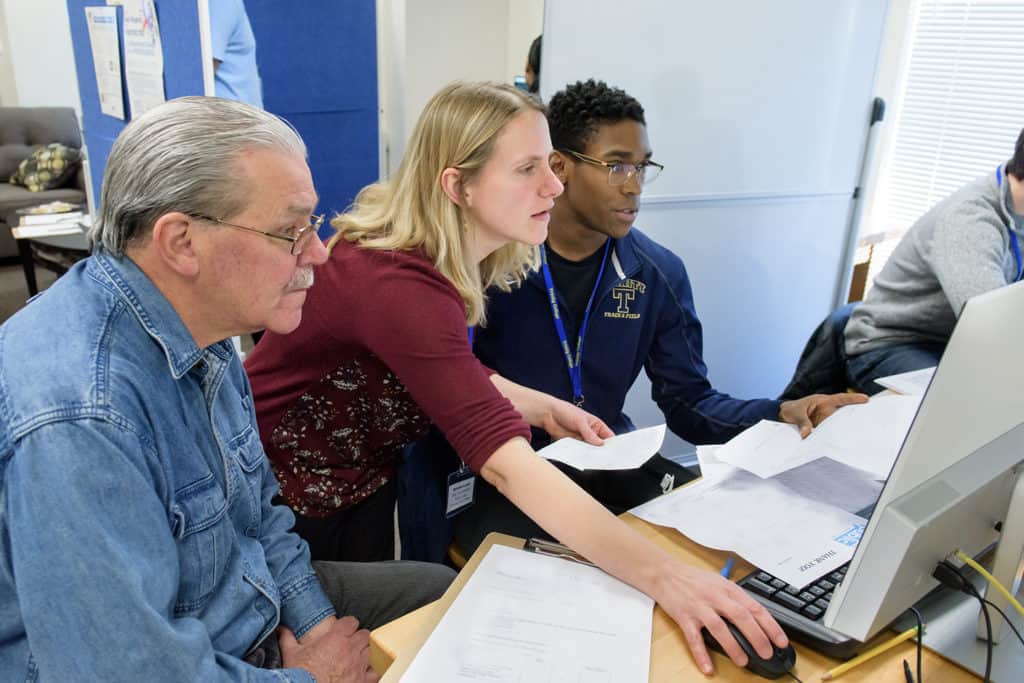 A new pilot program hosted at Trinfo.Cafe trained Trinity students in Volunteer Income Tax Assistance (VITA) to assist in preparing both federal and state income tax returns for Hartford residents at no cost. The tax clinic was one of several VITA locations coordinated by United Way and The Village for Children and Families. Read the article in the Hartford Courant.

A total of 57 teams competed at this year’s Trinity College International Fire Fighting Home Robot Contest. This was the 26th consecutive year of the contest, which advances robot technology and knowledge by using robotics as an educational tool. Engineers and robot enthusiasts of all ages came to Trinity from Brazil, Canada, China, Ethiopia, Indonesia, Israel, and around the United States for the competition. 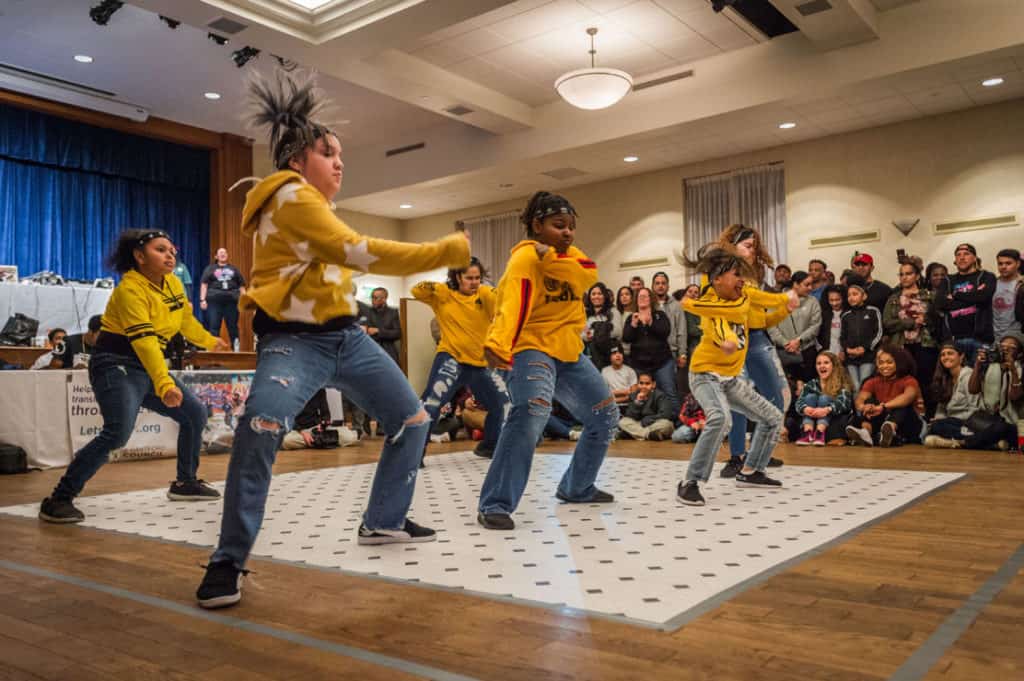 The 14th installment of the Trinity International Hip Hop Festival took place the weekend of March 28 through 31, bringing together artists, educators, scholars, organizers, students, alumni, and fans from around the world. To this day, it remains the biggest and longest-running festival of its kind hosted by a U.S. college or university, due in large part to the work and dedication of the Trinity Chapter of Temple of Hip Hop.

Jacqueline Rabe Thomas M’17, who earned her master of arts in public policy at Trinity College, was recently named one of seven journalists in the U.S. to receive a yearlong grant from ProPublica, a nonprofit newsroom that aims to produce investigative journalism in the public interest.

Trinity College’s newly enrolled Class of 2023 will bring exceptional academic strength and diversity to campus, including the largest-ever cohort of first-generation students: 17 percent indicated they would be the first in their family to graduate from college. 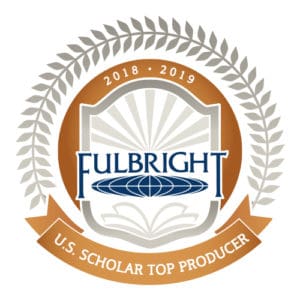 Trinity College was recognized as a Fulbright U.S. Scholar Program Top Producing Institution for the 2018–2019 academic year and is at the top of the list among bachelor’s institutions, according to The Chronicle of Higher Education. The Fulbright Program is the U.S. government’s flagship international educational exchange program. This year, faculty grants were awarded to Hobart Professor of Classical Languages Gary Reger and Assistant Professor of Anthropology and Religious Studies Timothy R. Landry.

The sixth annual Tech Savvy Conference was hosted at Trinity College in May. The conference is designed to help sixth- through ninth-grade girls learn about careers in STEM and for parents and educators who want to encourage girls to realize their potential in these fields.

Several Trinity College students and alumni are among the 100 young people from the Hartford area selected to be a part of Obama Foundation’s Community Leadership Corps (CLC) this year. The CLC is a six-month program in which participants from the ages of 18 to 25 join together to develop projects that address opportunities and challenges in their community. 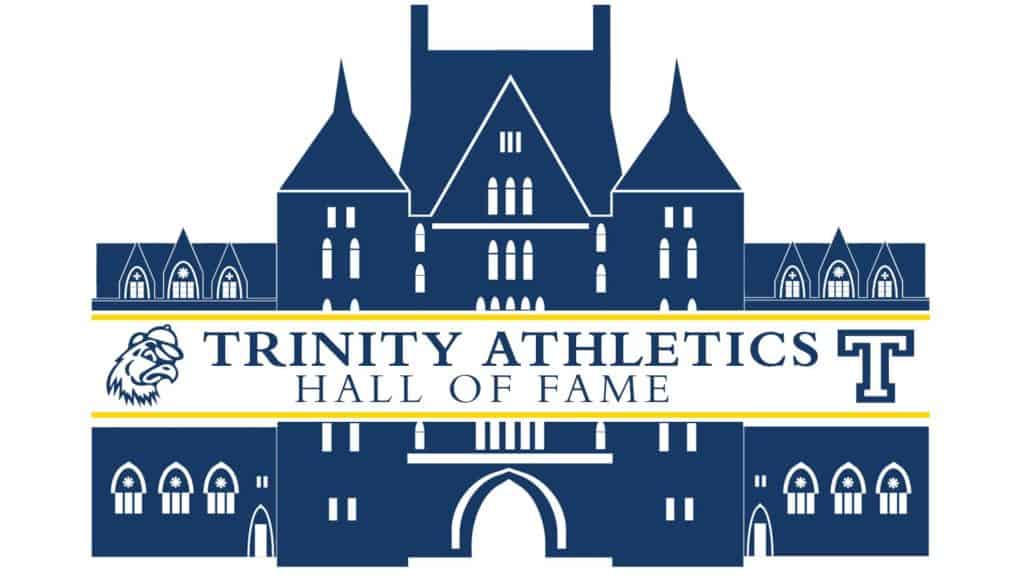 The Trinity College Athletics Hall of Fame has been created to celebrate the rich history of athletic excellence at Trinity College that spans more than 160 years. The Hall of Fame honors the men and women who, through athletics participation, coaching or service, have distinguished themselves in the field of intercollegiate athletics, brought honor and acclaim to Trinity, and contributed to the success and advancement of intercollegiate athletics at the college. The group will be officially inducted into the Hall of Fame during Homecoming Weekend in October.

7,898 alumni, parents, and friends made a gift to Trinity in the past year

Donors helped to meet the Trustee Challenge, unlocking an additional $1 million to support the college and its mission. 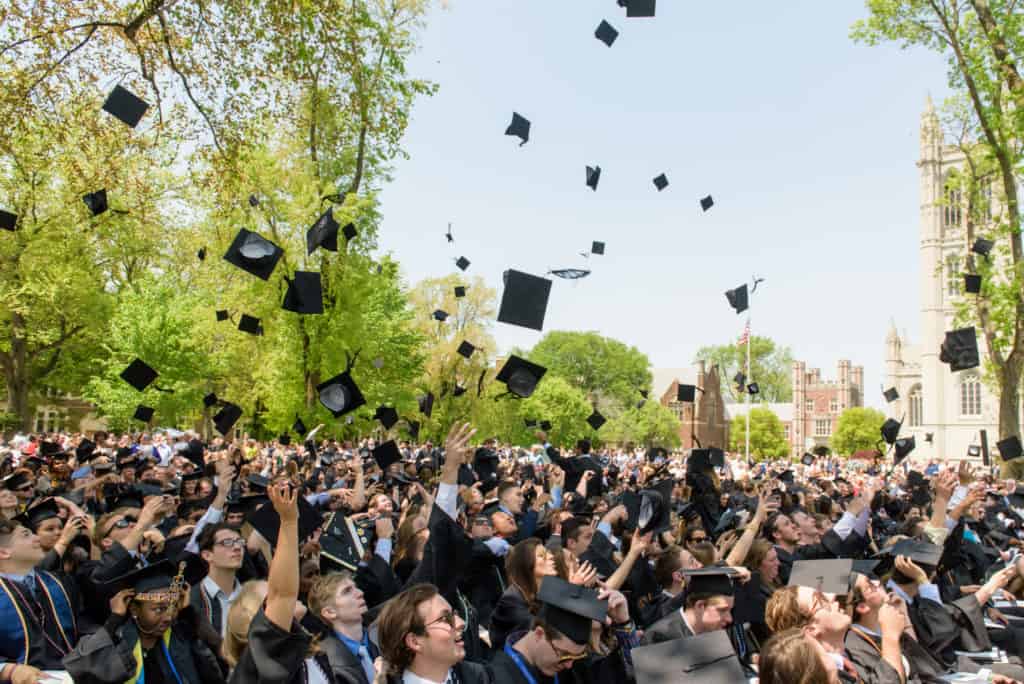 “Recognize, cherish, and nurture the relationships you have forged here, and embrace those that will come your way. Your lives will be so much richer for it,” Boston Red Sox President and CEO Samuel H. Kennedy ’95 said to the 537 graduates at Trinity College’s 193rd Commencement on May 19. A total of 506 undergraduates and 31 graduate students receive their degrees before a crowd of about 5,000—including family members, alumni, faculty, staff, students, administrators, and other guests—gathered on the Main Quadrangle.

Bantam pride made its way across the pond recently when Major League Baseball held its first regular season games in London. The special London Series on June 29 and 30 saw the Boston Red Sox face off against the New York Yankees, with both teams far from home. Red Sox President and CEO Samuel H. Kennedy ’95, who was Trinity’s 2019 Commencement speaker and one of the honorary degree recipients, helped host a group of 75 Bantams who gathered to watch a game at London Stadium.

Trinity College’s Reunion Weekend saw more than 1,000 alumni and their families return to Hartford to spend time ’neath the elms. Through a tremendous shared effort by staff and alumni volunteers, Trinity was transformed into a center of activity for alumni from the classes ending in 4s and 9s and their families. See photos from Reunion 2019 here.