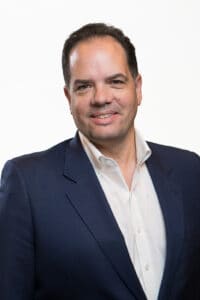 Ross Buchmueller is the president and chief executive officer of the PURE Group of Insurance Companies (PURE). His career spans more than 30 years exclusively focused on the high-net-worth property and casualty insurance market. After spending more than a decade at the Chubb Group of Insurance Companies, Buchmueller founded AIG Private Client Group and served as its president for more than six years before launching PURE in 2006. In 2020, PURE became a member of the Tokio Marine Group, one of the world’s largest insurance organizations.

Buchmueller was a founder of the Private Risk Management Association (PRMA) and a member of its Board of Trustees. He serves on the Board of Governors of the PGA Tour First Tee Foundation. He previously served on Trinity’s Board of Fellows.

Buchmueller earned a B.A. in economics from Trinity. He and his wife, Pam, and their two children live in Mamaroneck, New York.