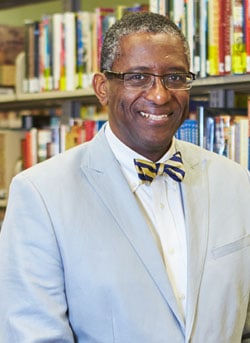 Gary earned a B.A. in economics from Trinity and went on to earn a master’s of education from Harvard University. He has served on Trinity’s Board of Fellows and on the boards of Pomfret School, The Association of Boarding Schools, and the Enrollment Management Association. He is the founder and president of Inner City Lacrosse, a nonprofit program in Connecticut that connects local youth with collegiate players. He is a member of the Academic Affairs Subcommittee, Awards for Excellence Committee, Evaluation and Success Committee, Governance Committee and Student Life Subcommittee.

Gary and his wife, Trina ’86, live in Philadelphia and are the parents of three children. Trina Gary serves on Trinity’s Board of Fellows.