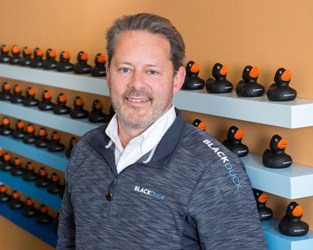 Lou Shipley is a technology CEO and lecturer at Harvard Business School and MIT Sloan School of Management. As CEO of Black Duck Software from 2013 through 2017, Shipley led the company’s transformation into a global software security leader. In 2017, the firm was acquired by Synopsys, Inc., the world’s 13th-largest software company. Earlier in his career, Shipley was CEO of Reflectant Software (acquired by Citrix Systems) and VMTurbo (now Turbonomic). He joined his first pre–revenue software start-up, Avid Technology, in 1990 and lived in Japan while managing Avid’s Asia Pacific business. Shipley currently writes and comments regularly on technology and business topics and serves on the boards of Wasabi, SentryOne, Teamworks, Fairmarkit and CustomerGauge. He also serves as an adviser to Alchemista.

Shipley earned a B.A. in economics from Trinity, where he was a member of the men’s ice hockey team. While at Trinity, he studied at the London School of Economics. Shipley went on to earn his M.B.A. from Harvard Business School.

Shipley and his wife, Amanda Clarke Shipley, have three children and reside in Andover, Massachusetts. He serves on the Alumni Relations Subcommittee.