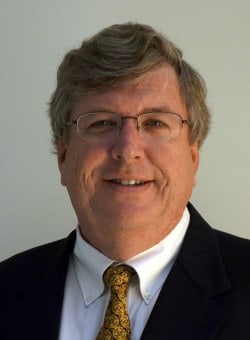 Eric R. Fossum majored in physics and engineering at Trinity. He went on to earn an M.S. and a Ph.D. in engineering and applied science from Yale University. Fossum is a professor of engineering at the Thayer School of Engineering at Dartmouth College, director of Thayer’s Ph.D. Innovation Program, and associate provost for entrepreneurship and technology transfer at Dartmouth. Fossum invented the camera-on-a-chip technology that is used in billions of smartphone cameras and other applications. He has co-founded and led several successful start-ups and is a member of the National Academy of Engineering. He has published more than 300 technical papers and holds 168 U.S. patents. In 2017, Fossum won the prestigious Queen Elizabeth Prize for Engineering, considered by many as engineering’s Nobel Prize.

A trustee since 2014, Fossum has served on Trinity’s Board of Fellows, STEM Advisory Board, and Engineering Advisory Council. He was honored with Trinity’s Alumni Achievement Award in 1997, an honorary doctor of science degree in 2014, and the Alumni Medal for Excellence in 2017. He is chair of the Academic Affairs Subcommittee and a member of the Finance Subcommittee.

Fossum and his wife, Susan Fossum, live in Wolfeboro, New Hampshire. He has three daughters and two stepchildren.