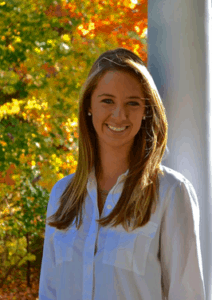 “As a French and Economics major at Trinity, I feel lucky enough to have had both my strengths and passions converge into my current position in New York as an Investment Banking Analyst at Michel Dyens & Co., a firm headquartered in New York City and Paris that specializes in sell-side advising on mergers and acquisitions for luxury consumer goods.

Leveraging a background as a French major, I have found countless instances where both linguistically and culturally my experience at Trinity and abroad have been helpful post-graduation. When applying for the analyst position, a portion of my interview was conducted in French and we even ended up discussing my thesis on the philosophers Sartre and Camus during our conversation. The intimate, discussion-focused French classes at Trinity provide students the opportunity to participate actively in round-table discussions and refine the art of “conversational” French, making me feel extremely comfortable answering interview questions in a foreign language. On a day-to-day basis, my French is also very useful for reading French articles and remaining up-to-date with current French consumer news.

Beyond language, I have found that culturally my experience abroad during my junior year at Trinity is extremely relevant to my current role, in particular for my training this past summer in Paris where I worked alongside a diverse and talented group of individuals. During my time abroad, I found myself becoming “comfortable being uncomfortable,” meaning that trying new things, engaging with people of different cultures, and living with a bit of uncertainty became a daily occurrence.  Aside from learning how to expertly navigate the metro, my time in Paris also granted me the opportunity to gain work experience during my internship at Let’s Ride (essentially the Soul Cycle of Paris), a role that gave me the chance to network with the executives of the company and learn first-hand how a growing French business operates.

With the many great opportunities Trinity has to offer, I found that coupling a language with Economics was the perfect balance of coursework that refined two completely different sets of skills and ultimately helped me stand out as a candidate when applying for jobs. The French department at Trinity boasts some of the most dedicated professors and engaging courses at the school, and I hope anyone interested in French tries out a class or two. If you have any questions or would simply like a student’s perspective on Trinity’s French course offering, please do not hesitate to reach out!”