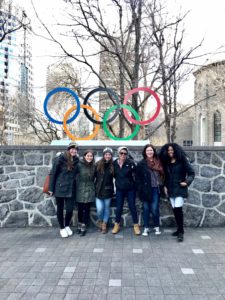 On April 4-6th, 2018, a group of Trinity students went to Montréal for the weekend. They stayed in the vibrant heart of the downtown. Nearby to McGill University and only a block from Montréal’s main street, Saint-Catherine, students were immersed in the cosmopolitan city life.

They were a short walk from the Basilique Notre-Dame. From the Basilique, they ventured into “le Vieux-Montréal”, the old part of the city where students could see the beauty and traces of the city’s rich historical past as they traveled the narrow streets. 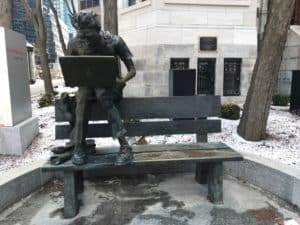 In “le Vieux-Montréal”, students visited the Centre d’Histoire de Montréal where they learned about the city’s origins.

The weekend was a combination of traveling to well-known attractions, learning more about the city’s history and exploring Montréal’s vast array of restaurants and cafés, which are just as significant to the city’s identity as its prevalent bilingualism. 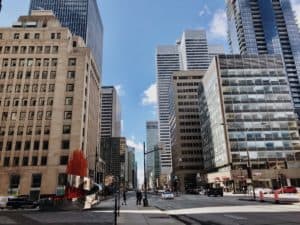 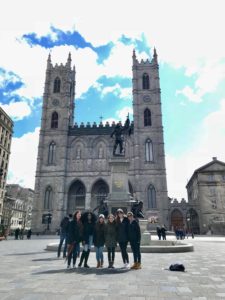 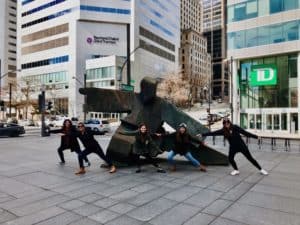