This year’s 2021 Distinguished Scholar is Dr. Christopher Lupke from the University of Alberta.

Our host for this event is Professor Yipeng Shen from the Chinese Department.

Political Oppression and the Family: The Concept of “Filiality” as a Healing Mechanism in Postwar China and Taiwan 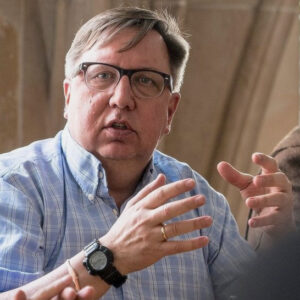 It is no secret to scholars of Chinese culture that the Confucian notion of filiality 孝 (xiao), the cardinal virtue that puts a premium on respect for one’s parents and other consanguine elders, is a concept of such ubiquity and unassailable veracity as to be accorded a near metaphysical status in Chinese moral philosophy. No other value in the Chinese reckoning suffuses philosophical discourse, historical accounts, popular practices, and literary expression so pervasively as does filiality. For over two thousand years, it was taken for granted that the most exemplary behavior in Chinese society was filial conduct. Yet, early on in the 20th century, filiality fell into disrepute. In fact, in the first half of the modern era filiality was the battleground on which the conflict between traditional values, seen as inherently “Chinese,” and modern ones, viewed as rooted in Western civilization, was waged. May Fourth Era intellectuals such as Wu Yu, Hu Shi, Chen Duxiu, and most importantly Lu Xun reviled filiality and its attendant imperatives. This assault reached its apex in the Cultural Revolution (1966-1976). But the uneasy story of filiality’s status in the balance of the modern era is more complex and fraught with contradiction and ambivalence than the early attacks and the Maoist repudiation would have us think. This presentation is divided into two: the first part provides an introduction to the grammar of filiality and how it became the avatar of negative Chinese attributes and target of critique; the second part then focuses on two very different short stories written by disparate authors to illustrate how filiality as an underlying concept remains indelible in Chinese culture, even in the face of political upheaval. The presentation offers readings of Chen Yingzhen’s 陳映真 “Mountain Road” 山路 and Shi Mo’s 石默 (Zhao Zhenkai 赵振开 / Bei Dao 北岛) “The Homecoming Stranger” 归来的陌生人 as reflections of calamitous political intervention and restitution by means of filiality. The former story is set in Taiwan and reveals the trauma caused by the reign of White Terror over the island during the Cold War period. The latter was published in mainland China in the early post-Mao days and describes the toll exacted upon families during the Anti-Rightist and Cultural Revolution era. The political situations of the respective stories are totally different, although the historical epoch is basically the same. The challenge of this presentation will be to demonstrate how each story is unique in its own personal details and how each springs from a different political environment but at the same time that both stories share some fundamental ritual behaviors and presumptions that cause them to perform the acts of recompense and reconciliation according to a shared, deep-structure, cultural logic.

Christopher Lupke (Ph. D. Cornell University) is Professor of modern Chinese cultural studies and Chair of the Department of East Asian Studies at the University of Alberta. Lupke has written on broad aspects of modern Chinese literature, including authors from Taiwan such as Wang Wenxing, Bai Xianyong, and Huang Chunming, modern Chinese cinema, especially Hou Hsiao-hsien, and contemporary poetry, such as Xiao Kaiyu, whose work he has translated. Lupke’s most recent publications are a translation of Ye Shitao’s monumental A History of Taiwan Literature