Back to Office of Study Away

Office of Study Away Staff 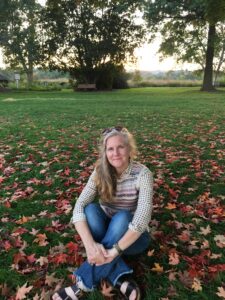 Jennifer Summerhays joined Trinity College in 2017 as the Director of the Office of Study Away. She obtained a BA in English from Brigham Young University, an MA in International and Area Studies from the David M. Kennedy Center at Brigham Young University, and a second MA in Applied Linguistics/TESOL from the University of California, Davis. She also worked on her doctoral coursework in Sociolinguistics at Teachers College, Columbia University in New York City.

Jennifer got her start in international education as an undergrad, volunteering in refugee camps in Denmark. The months spent working in the camps provided perspective and early impetus for her deep commitment to international living and learning. As a grad student, Jennifer returned to Denmark to conduct ethnographic research in prisons and detainee camps.

Jennifer has lived and worked on five continents and has held various leadership roles at U.S. colleges, NGOs, and corporations. Some of Jennifer’s career highlights include working as an English Language Fellow at the University of Latvia in Riga, designing international teacher-training programs for the Ministry of Education in Korea, directing global initiatives for first-generation students at Georgian Court University in New Jersey, developing collaborative online international learning courses for NGOs in Brazil, Taiwan, the Philippines, and Namibia, and leading students on experiential learning treks through Guyana, Tanzania, and Ireland.

Caitlin Kennedy joined the Office of Study Away in 2018 as a Study Away Adviser. Caitlin’s undergraduate studies were completed at Western Connecticut State University where she earned a Bachelor of Arts in English with a minor in Psychology. She also earned her Master’s degree in Global Development & Peace at the University of Bridgeport. Her passion for travel, international education, and development work began with a service trip to Honduras in 2010 and continued when she joined the U.S. Peace Corps in 2012, where she lived and served as an English Education volunteer in Sierra Leone, West Africa. Some of her most recent international adventures were in Nicaragua where she spent two months working with children with disabilities and intensively studying Spanish; in Ecuador where she led a class of undergraduates who worked with at-risk youth in the local street markets; and South Korea where she met with study abroad students and partners.

Lindsay Oliver joined the Office of Study Away in 2016 as a Study Away Adviser, bring with her years of experience in study abroad. She earned a Bachelor of Science in Regional Geography along with a minor in Anthropology from Central Connecticut State University, while also studying abroad five times. Lindsay’s love of travel and culture began very young and as an adult has turned her passion into her career. Lindsay has lived abroad several times. First, in Salamanca, Spain where she was fully immersed in an intensive Spanish language program. Lindsay has also lived in London, England, which has become her home away from home. Her most memorable travel experiences have been a solo trip through Australia, backpacking across Eastern Europe and exploring the culturally rich city of Istanbul.

Elizabeth (Lizzie) Smith joined the Office of Study Away in 2019. She graduated Trinity College in 2019 with a B.A. in international studies and a minor in Chinese. Her love of travel and international education began at Trinity where she had the opportunity to travel to China on the Silk Road Cities program. Lizzie traveled to different cities in China along the ancient Silk Road, explored ancient Buddhist cave temples, and ate way too many dumplings. It was an unforgettable experience and was a highlight from her time at Trinity.