Back to Diversity, Equity, and Inclusion

Beginning in Fall 2020, the Office of Diversity, Equity, and Inclusion (DEI) launched the DEI Faculty Fellows program. DEI Faculty Fellows will provide support to individual faculty, departments, and programs in their diversity, equity, inclusion, and social justice efforts. Each fellow will complete a range of professional development experiences to enhance their expertise and skills. Fellows will work collaboratively with faculty, staff, and students. 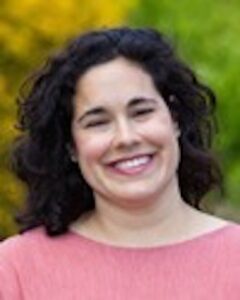 Stefanie Chambers is Professor of Political Science and Department Chair at Trinity College.  Her research and teaching focus on race, ethnicity & gender; urban politics; urban education; and migration.  These scholarly interests align with her deep commitment to diversity, equity and inclusion at the College.  As a first generation student of color herself, her academic experiences were shaped by her involvement in the federal Educational Opportunities Program and as a McNair Scholar. Since joining the Trinity faculty in 2000 she has mentored two groups of Posse Scholars, chaired the Ann Plato Fellowship Committee and served on the first campus climate committee, among other activities.  Chambers is also very committed to Trinity’s work in the Hartford community.  She played a key role in launching the Hartford Magnet Trinity College Academy partnership and served as the first director of the initiative, regularly incorporates community learning in her courses, and serves as a Trinity representative on community boards.  She is excited to serve as one of the inaugural DEI Fellows and looks forward to collaborating with the Office of DEI.  Chambers received a BA from Marquette University and an MA and PhD from The Ohio State University.

Eric Galm, Professor of Music and Chair of the Music Department

Eric Galm is Professor of Music, Chair of the Music Department, co-director of the Center for Caribbean Studies, and co-chair of the Urban-Global Arts Initiative at Trinity College in Hartford Connecticut. He is deeply engaged in the arts in the greater Hartford region, and is a member of the Artists Advisory Council at the Greater Hartford Arts Council. He founded the Trinity Samba Ensemble and the Samba Fest, a regional music festival that has presented the United States debut performances of several Brazilian artists. He has conducted research, presented and performed in Brazil, Cuba, Trinidad, the United States and Canada and his awards include Honorary Citizenship from the City of Itabira, Minas Gerais, Brazil and the Steve Balcanoff Award for community engagement from the Hartford-based Southside Institutions Neighborhood Alliance, and as a musician, performed with American music icon Pete Seeger. He was a New York Posse mentor for the 2017 graduating class and has presented several workshops about listening to culture through music at the Bloomfield Public Schools convocation, West Hartford Public Schools, State Department of Education, Capitol Region Education Council and InfoSys training sessions, among others. He looks forward to working closely with the DEI Fellows and the Office of DEI. 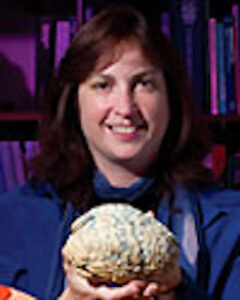 Sarah Raskin, Charles A. Dana Professor of Psychology and Neuroscience

Sarah Raskin is the Charles A. Dana Professor of Psychology and Neuroscience at Trinity College.  Her research includes measuring cognitive changes in different populations, including survivors of intimate partner violence, and is guided by input from a community research participant advisory group.  She was the recipient of the Arthur Hughes award for teaching achievement and the Trustee Award for Faculty Excellence.  She was recognized by a regional neuroscience organization with the Erskine Award for mentoring neuroscience students, and the Brain Injury Alliance of Connecticut with the Bontke award for research benefiting people with brain injury. She is currently the co-chair of the Task Force on the Status of Women and the Director of Faculty Mentoring at Trinity College, through which she has facilitated the creation of one-on-one mentoring and helped facilitate affinity groups on campus and is thrilled with the response so far from faculty and staff.   She serves on the Women in Neuropsychology subcommittee of the Society of Clinical Neuropsychology for the American Psychological Association.  All of her courses include community learning partnerships and she helped create the Health Fellows Program.  She loves working with the students in the Neuroscience Club on supporting community initiatives in Hartford. She is currently working with colleagues at Trinity on creating a more inclusive environment at the College for students with disabilities.   She serves on a number of community boards including the Brain Injury Alliance of Connecticut and Connecticut Against Gun Violence, where she serves on the community violence reduction subcommittee, she is a member of the Women’s March CT organizing committee, and she is a member of the West Hartford Human Rights Commission.  She has two children, ages 20 and 24. She is honored and excited to serve as a DEI fellow. 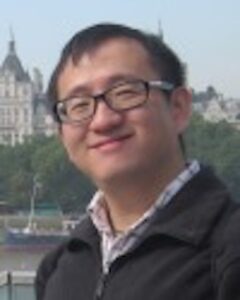 Yipeng Shen is Associate Professor of Chinese and International Studies at Trinity College.  His research and teaching interests include Chinese immigrant experiences in Southeast Asia and Asian American literature and film. He was born and raised in a working-class family in China and is the first college student of his family. Before joining Trinity College in 2010, he participated in the “Decolonization of Chinese Language Teaching” initiative in Singapore and the Graduate Teaching Fellow Association’s collective bargains with the university administration at the University of Oregon. These personal and professional experiences resulted in his deep commitment to labor rights, immigrant rights, and cultural decolonization at the College. After joining the Trinity faculty, he has served as the head of Chinese language and culture and the faculty adviser to Trinity in Shanghai as well as the annual summer field course in China and Southeast Asia focusing on urban issues such as inequality, migration, and environmentalism. He is very excited to contribute to the College’s mission of diversity, equity, and inclusiveness. 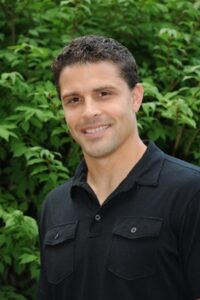 Carlos Vega begins his seventh year as Head Swimming & Diving Coach and Assistant Professor of Physical Education at Trinity College. As a Cuban American, his values are grounded in his faith as a Catholic and centered around a strong family foundation. Strong character, compassion, and a good moral compass are cornerstones of his coaching philosophy that he leans on when recruiting his team members. College athletics creates a melting pot of different races, nationalities, cultures and ethnicities; therefore, a positive culture of diversity and inclusion amongst his teams is of importance to him. A member of the Student Advising Committee that helped create and launch the Center for Academic Advising, Carlos is excited to serve as one of the inaugural DEI Fellows and looks forward to collaborating with the Office of DEI and all faculty and staff across campus. Vega received a BA in Economics from Kenyon College and a MS in Sports Management from The University of Massachusetts-Amherst.