Back to Diversity, Equity, and Inclusion 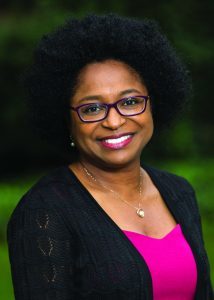 Anita Davis serves as the Vice President for Diversity, Equity, and Inclusion at Trinity College.  In this role, she collaborates with various campus stakeholders to integrate diversity, equity, and inclusion goals into processes, policies, and initiatives in all areas of the College. She provides leadership to the Office of Diversity, Equity, and Inclusion which includes Multicultural Affairs, the Queer Resource Center, and the Women and Gender Resource Action Center. Dr. Davis also provides joint leadership, along with the Vice President of Finance and Chief Financial Officer, to the Office of Human Resources.

Dr. Davis joined Trinity College in September 2018, coming from the Associated Colleges of the South (ACS), where she served as Director of Diversity and Inclusion for the consortium of 16 colleges and universities. Before ACS, she was a tenured Associate Professor of Psychology at Rhodes College in Memphis, TN where she also served for seven years as an Associate Dean of Academic Affairs and as the Inaugural Director of the African American Studies Program for five years.

A member of the National Association of Diversity Officers in Higher Education (NADOHE) and the Liberal Arts Diversity Officers (LADO), Davis holds Ph.D. and M.A. degrees in clinical/community psychology from the University of Illinois at Urbana-Champaign, and a B.A. from Rhodes College. 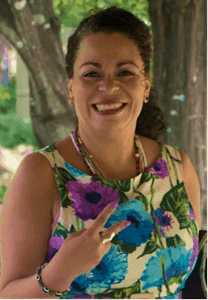 Ms. Correa de Best earned an Associate of Arts degree in Liberal Arts from Capital Community College, a B.A. in History and Educational Studies and an M.A. in American Studies, with a concentration in Museums and Communities, from Trinity College.  She is a Board Member for S.O.A.R., the Society Organized Against Racism.  She enjoys spending time with her family, volunteering as a gardener for the Friends of Elizabeth Park, and the serving as a tour guide for Hartford Walking Tours. 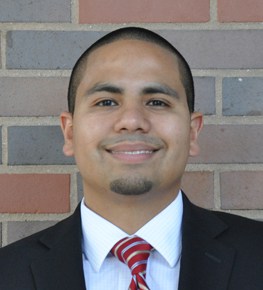 Robert serves as the Director of the Hartford Trinity College Magnet Academy (HMTCA) partnership and a Community Fellow with the Office of Diversity, Equity, and Inclusion. Robert Cotto, Jr. graduated from Dartmouth College with a degree in sociology and he has a Master’s degree in education from the Harvard Graduate School of Education and from Trinity College in American Studies. He is currently completing his doctoral degree (Ph.D.) at the University of Connecticut Neag School of Education.

Before coming to Trinity, Robert was a K-12 educational researcher and teacher. He believes that teaching and learning should be connected to each student’s interests, the communities related to our study, and the scholars that have come before us. He has worked with students at various levels in the Hartford area to develop their academic interests, abilities, and skills.

His academic work focuses on K-12 education policy. His past and present research focuses on educational reform movements in the U.S. and Puerto Rico that offer educational improvement, yet often reinforce inequality or are subverted by existing social policy. In particular, he studies the history and current impact of educational testing, school choice, and teacher-led innovation, and management policies, particularly with respect to marginalized and racialized groups.

Read news about the HMTCA partnership, urban educational initiatives, and community fellow work through the Office of Diversity, Equity, and Inclusion here. 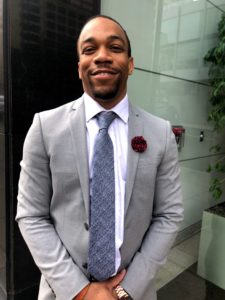 Serves as the Program Coordinator for the P.R.I.D.E. program. He directly oversees all programming involving student P.R.I.D.E. Leaders and Cultural House activities. Prior to Trinity, Jared served as a Program Coordinator in The Office of Multicultural Affairs at Worcester State University. He graduated from the University of Connecticut ‘17 with a double Bachelor’s Degree in Psychological Sciences and Sociology. While as student at UConn, Jared also competed as a Division I Track & Field athlete for four years.

Laura Lockwood has served as the director of the Women & Gender Resource Action Center (WGRAC) at Trinity College since 1998. She earned a B.A. in urban studies with a minor in history from the University of Connecticut. Her M.A. in public policy and law with a concentration in international women’s issues was completed while serving as the education director of the Connecticut Women’s Education and Legal Fund (CWEALF) in Hartford. Lockwood taught sociology at the University of Hartford and Capital Community College and served as an organizing consultant for the Connecticut Coalition to End Homelessness. She also served as the executive director of community-based organizations in New Haven and New Britain. As a certified facilitator she participated in Trinity’s Conversations on Race in the early 2000s. She has volunteered locally, nationally, and internationally. In 2016, Lockwood received Trinity College’s Trustee Award for Staff Excellence. Laura can be reached at laura.lockwood@trincoll.edu. 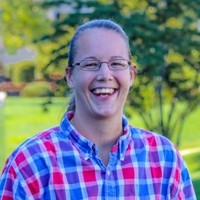 Carrie joined Trinity College in February 2017 as the inaugural Director of LGBTQ+ Life. Before joining Trinity, Carrie was the Associate Director of Student Diversity at Fairfield University. As the Director of LGBTQ+ Life, Carrie is responsible for providing education, support, training, mentoring, and advocacy for the LGBTQ+ community both on and off Trinity’s campus. She also oversees campus-wide education and programming on issues related to the LGBTQ+ community. Carrie is a strong advocate for the LGBTQ+ community and is expected to be a visible, engaging, and effective partner in building and supporting an inclusive and supportive campus community. Carrie holds an MA in Counseling in Higher Education and Student Development from Central Connecticut State University and a BA in Health and Physical Education from Eastern Connecticut State University. You can contract her at carrie.robinson@trincoll.edu.