His recent paper in The Centre for Economic Policy Research’s Covid Economics details the results of his study of the special enrollment period in the Washington state Affordable Care Act (ACA) marketplace and what he sees as several reasons for establishing more generous subsidies for people who can’t afford coverage. “My goal is to try to learn something about which demographics are demanding health insurance during the pandemic using exchanges and whether they are able to pay their premiums or not,” Ruiz Sánchez said. “More than half the working population in the U.S. is covered by employers, but with so much unemployment, it’s a recipe for disaster.”

Ruiz Sánchez said that people who lose their jobs during the pandemic can opt to purchase health insurance coverage on an ACA exchange, if offered in their state. To begin his research, Ruiz Sánchez contacted the Washington state exchange to collect enrollment data, including demographics and under what circumstances people are enrolling. “During the pandemic, the exchange opened for a special enrollment for uninsured people,” he explained. 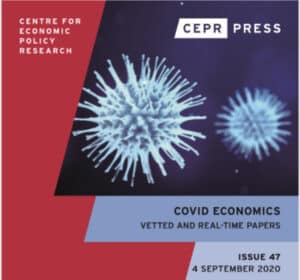 The takeaway here, Ruiz Sánchez said, is that while people are turning to the exchanges, many are having trouble paying after selecting a plan. “Exchanges are helping people find a plan, but it’s not surprising that people are not able to pay,” he said. “We’re on the right path with the exchanges, and they are serving their purpose, but some people still need help with additional relief funding for premium payments.”

Bloomberg Law reported recently on the findings of Ruiz Sánchez’s paper in the article, “Thousands Driven to Obamacare Couldn’t Pay and Lost Coverage.” “The findings indicate many people can’t afford ACA coverage even though subsidies are provided for those with incomes between 100% and 400% of the poverty level,” reporter Sara Hansard wrote.

“It’s a great idea to open these special enrollment periods for uninsured people,” Ruiz Sánchez said in an interview with Bloomberg Law. But he added that there are “meaningful differences across demographic groups in the probability of paying the first premium.”

Hansard’s article continued, “People who lost coverage are less likely to pay their initial premium than people using special enrollment for other reasons, such as the birth of a child, the paper found. Lower income people also are less likely to pay the initial premium. ‘This provides some empirical evidence that there might be scope for considering a little bit of extra help for them,’ Ruiz Sánchez said. ‘If we’re discussing stimulus checks, if we’re discussing eviction bans, why are we not discussing a little bit of help for people to keep their insurance?’”

Ruiz Sánchez is planning to expand his research with data from Colorado, California, and Massachusetts.