The Strength of J-Term: ‘You Do Things You Could Never Do during the Semester’

Trinity students enrolled in January Term courses this winter engaged in diverse topics in computer labs, in the outdoors, and even in a galaxy far, far away.

The 2023 J-Term allowed Trinity students to enroll in one course for a three-week term. About 20 courses from across the college’s departments appealed to a broad range of interests, and allowed for an intensity of focus not often possible in the midst of a busy semester.

“Students take one class—either a half or a full credit—and devote their time to that class with no scheduling conflicts,” said Professor of Physics and Environmental Science Christoph Geiss, whose “New England in Winter” course included half-day and day-long hikes. “That’s the strength of J-Term; you do things you could never do during the semester.”

One of several new J-Term offerings this year was “Star Wars: An Anthropological Journey,” taught by Associate Professor of Anthropology and Religious Studies Timothy R. Landry. “It’s like an Anthropology 101 course, but using ‘Star Wars’ as a veneer to talk about themes like power, gender, masculinity, femininity, religion, and magic,” Landry said. 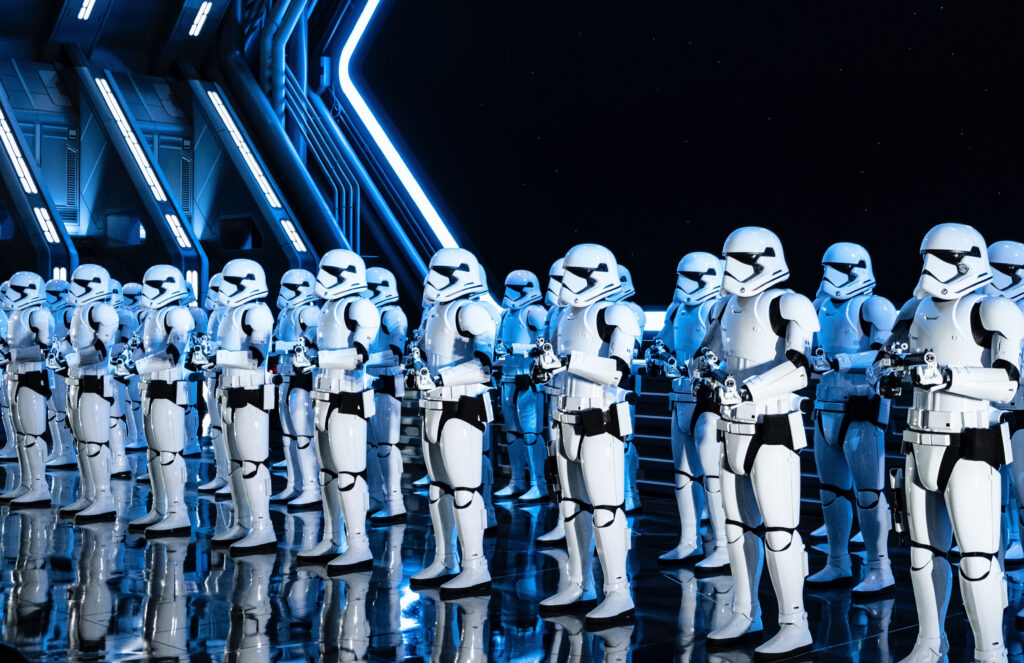 The course included written film analyses of the original movie trilogy—“A New Hope,” “The Empire Strikes Back,” and “Return of the Jedi”—along with academic readings and class discussions about the politics, philosophies, and histories that gave birth to the “Star Wars” universe. The course was taught remotely via Zoom, so students could attend from anywhere.

“Students consider the role that Buddhism played in the way that creator George Lucas imaged the Jedi; they contemplate the Empire as an allegory for fascism; and even think about what ‘Star Wars’ might reveal about the major social issues for our time, including racism, white nationalism, colonization, and religious war,” Landry said. “It’s actually quite to the point with contemporary American politics. It can be easier to talk about these things through ‘Star Wars,’ so we can have more complex, critical conversations about fascism and politics without it feeling personal.”

Among his goals for the course, Landry said that he wanted students to develop a critical understanding of power. “I also want to get students to think that pop culture matters, and that it shouldn’t be dismissed as non-serious,” he said. “It reflects our own social and cultural values, and helps us to engage with challenging topics.”

There was so much interest in this course that Landry plans to teach it again during a summer session.

“We look at stock data, work a lot in Excel, and build quantitative skills,” Cape said. “The final project is what we call an ‘event study.’ It’s a common technique in finance where you look at an event—a news release from a company, a natural disaster, a tweet—and you see if it has an impact on a stock of one company or multiple companies. Students pick one event, do an analysis, and present it. The presentations lead to rich discussions, and students are intrigued with doing these deep dives. As you’re looking at a chart or a graph, it’s fun to see what the numbers tell you.”

Hoag added, “Rather than focusing on theory, this is more of a laboratory course. The students learn about Bloomberg, Excel, quantitative analysis, presentations, and how to work with numbers and explain them to other people. It helps develop them as students and scholars, and the independent work teaches self-reliance.”

Learn more about the Financial Research and Technology Center here.

For Geiss and his students, J-Term was the perfect opportunity to explore Connecticut’s famous traprock ridges, eastern hardwood forests, the glaciated Riga Plateau, and Long Island Sound. Readings and discussions supplemented a series of hikes, with students assigned to investigate one of the environments in greater depth for a final paper or project.

“The idea is to take students on hikes that are related to New England’s ecology and history,” Geiss said. “Students are required to attend three of the six hikes, and we go out even in the rain or snow.” The first-time course also fulfilled a wellness requirement in the Trinity Plus Curriculum.

Before hikes at Bluff Point State Park in Groton and Hammonasset Beach State Park in Madison, students read and talked about beach conservation, shoreline erosion, salt marshes, and the role they played in early Colonial history. Geiss said, “We discuss a lot of different things along the way, but the point is to go out to beaches, lakes, and mountains in winter, when most students never go hiking.”

Even in some potentially wet or cold conditions, Geiss said that the students enjoy themselves. “I think they appreciate the fact that they’re doing something they would not normally do,” he said.

The goals of the class are simple, according to Geiss: “I’d like the students to learn a little about New England as they gain an appreciation for nature, for the natural environments—and not just learning about them from a book, but by actually being outside and hiking. It’s a life-changing experience for some of them.”

In the video below, join the class for a hike on Salisbury’s Bear Mountain, the tallest peak in Connecticut: