Five named to Trinity College’s Board of Trustees

President Joanne Berger-Sweeney announced the appointment of five new trustees to the Trinity College Board of Trustees. They began their terms on July 1, 2022.

Read more about them below. 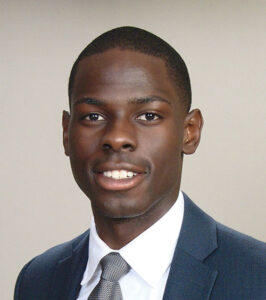 Olusegun “Shay” Ajayi serves as director of operations at Hartford Hospital, a division of Hartford HealthCare. As a member of the administrative cabinet, he helps lead operations, strategic development, and planning for the organization and provides leadership of key ancillary and support service departments. Ajayi previously worked as a program lead for Sports Changes Life, a nonprofit organization based in Northern Ireland, while playing professional basketball on Ireland’s National League team. Prior to that, he worked as a business intelligence consultant at The Hartford Financial Services Group. Ajayi continues to offer his time as a volunteer assistant coach and mentor for Trinity’s men’s basketball team.

Ajayi earned a B.S. in economics and engineering science from Trinity, where he also served as captain of the men’s basketball team and was honored as an NABC Division III All-American and NESCAC Player of the Year. He went on to earn an M.S. in sports psychology from Ulster University in the United Kingdom. He currently is an executive M.B.A. candidate at Columbia University. 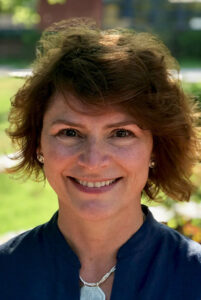 Lisa Alvarez-Calderón has diverse human resources experience working in multinational companies, philanthropy, and academia. Most recently, she served as chief human resources officer of the Bill & Melinda Gates Foundation, where she worked closely with the foundation’s executive leadership team to build a high-integrity culture through the COVID-19 pandemic. Alvarez-Calderón previously worked in Chile for four years as human resources vice president for BHP in the mining sector and as academic director for the University of Chile’s Center for Organizational Engineering. She developed her career in the pharmaceutical sector with Johnson & Johnson and with Bristol-Myers Squibb, including leading HR for the Asia Pacific region based in Singapore and supporting global research and development. Alvarez-Calderón began her professional life as an HR leadership trainee in the insurance industry with Cigna.

Alvarez-Calderón earned a B.A. in political science from Trinity. She went on to earn an M.B.A. from The Wharton School of the University of Pennsylvania.

Alvarez-Calderón lives in Seattle with her family. 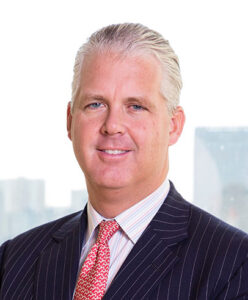 Malcolm Fraser MacLean IV is the founder, managing partner, and director of Star Asia Group, with offices in Tokyo and the United States. As co-chair of Star Asia’s Investment Committee, he is responsible for the firm’s day-to-day investment activities. Since its founding, Star Asia Group has acquired or developed more than $10 billion of real estate and real estate-related assets in Japan. MacLean also is the co-founder of Taurus Capital Partners LLC, which makes opportunistic investments in public and private companies, partnerships, and other structured vehicles globally. He previously served as president, portfolio manager, and head trader for Mercury Global Real Estate Advisors LLC, a global real estate investment firm, and prior to that as an investment banker for large Wall Street firms. MacLean has nearly three decades of experience in the global investment business with a focus on the acquisition of private and public real estate debt and equity securities and direct property throughout Japan and non-Japan Asia, the United States, and Europe, having structured and consummated more than $20 billion of investments over his career.

At Trinity, MacLean majored in economics and minored in legal studies. He also studied international economics at Cambridge University in England.

MacLean and his family live in Greenwich, Connecticut. 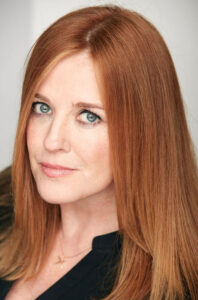 Stephanie Ritz is a partner at WME in the Talent Department. She represents a diverse roster of leading talent, creators, and filmmakers. Ritz joined Endeavor in 1999 and transitioned to WME following the firm’s 2009 merger with the William Morris Agency; she was named partner in 2010. She previously worked at International Creative Management (ICM) in New York.

Ritz earned a B.A. in English from Trinity. She is a member of the Academy of Motion Picture Arts and Sciences and serves as a mentor through Big Brothers Big Sisters of Greater Los Angeles. 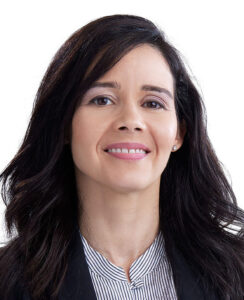 Leslie Torres-Rodriguez serves as superintendent of Hartford Public Schools (HPS), a position she has held since 2017. In this role, she oversees the state’s capital district of 18,000 students; 39 neighborhood, magnet, and community schools; and 3,600 employees. She has developed and implemented the HPS Strategic Operation Plan and manages an annual budget of $480 million. Prior to her current position, she accumulated more than two decades of education experience working in HPS and other institutions, including serving as principal of the CREC Public Safety Academy and of Great Path Academy at Manchester Community College.

Torres-Rodriguez earned a B.S. and M.S.W. from the University of Connecticut and an Ed.D. in educational leadership from Central Connecticut State University.

Torres-Rodriguez and her family live in Hartford.

For bios of all trustees, please visit the Board of Trustees page on the Trinity website.