Five Trinity College faculty members have been promoted to the position of associate professor with tenure, effective July 1, 2019. The Trinity College Board of Trustees voted on April 13 to approve the tenure promotions of Katherine L. Bergren, English; Elizabeth D. Casserly, psychology; Tamsin Jones, religious studies; Isaac A. Kamola, political science; and Michelle Kovarik, chemistry. All five have been Trinity faculty members since 2013.

“This year we have awarded tenure to five outstanding colleagues who are making waves in their respective fields and in the classroom,” said Tim Cresswell, Trinity College dean of the faculty and vice president for academic affairs. “Each merges success in scholarship with an ability to nurture and inspire students, including as collaborators in research and as co-authors of peer-reviewed papers. I am confident they will continue Trinity’s tradition of scholarly excellence for decades to come.” 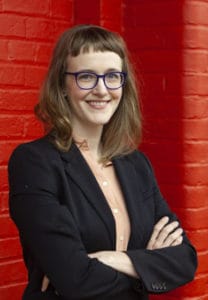 Bergren’s fields of interest include British Romantic poetry, 19th century British literature, postcolonial literature and theory, the transatlantic, and ecocriticism. Since arriving at Trinity, she has completed a monograph, The Global Wordsworth: Romanticism Out of Place (Bucknell University Press, May 2019), and has published three articles in peer-reviewed journals or edited books, as well as two book reviews.

In addition to receiving the Arthur H. Hughes Award for Teaching Achievement at Trinity in 2017, Bergren completed a Center for Teaching and Learning Fellowship in 2018, and she is currently a collaborator on Trinity’s Mellon Foundation Inclusive Teaching Grant. Bergren has served her department as a graduate studies advisor and as a member of the Senior Thesis Committee and two search committees, and has served the college as a member of the Academic Affairs Committee and the Faculty Research Committee.

Bergren earned a Ph.D. and M.A. at University of California-Los Angeles and a B.A. at Wellesley College. Before coming to Trinity, she won the UCLA English Department Teaching Excellence Award. 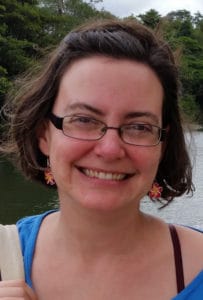 Casserly’s research is in the psychology of speech perception and production, particularly the mechanisms of real-time speech motor control and how they interact with atypical sensory experience, such as hearing loss. Casserly has published seven papers in peer-reviewed journals while at Trinity and has published two articles in published proceedings. Four of her publications have been co-authored by Trinity students. The topics of her courses at Trinity include cognitive psychology, language, research design and analysis, and the psychology of deafness.

As an active supervisor of research students, Casserly has mentored 13 thesis students. She has been involved in programming with CTL, TIIS, and the Trinity Summer Science Program, and has served on the Faculty Research Committee (as chair since spring 2017) and on search committees. 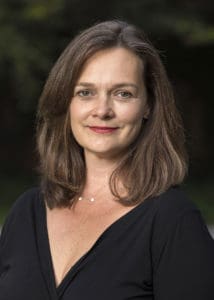 Jones specializes in the history of Christian thought, continental philosophy of religion, and negative theology. Her monograph, A Genealogy of Marion’s Philosophy of Religion: Apparent Darkness (Indiana University Press), was published in 2011. Some material for her second book has appeared in leading journals in her field. Since coming to Trinity, Jones has published five peer-reviewed journal articles and one chapter in an edited book.

The recipient of the Arthur H. Hughes Award for Teaching Excellence in 2018, Jones has been a participant in the Trinity Institute for Interdisciplinary Studies and has served on the Admissions and Financial Aid Committee and the Diversity Working Group. Outside of Trinity she served as co-chair of the Theology and Religious Reflection unit in the American Academy of Religion and is a member of the steering committee of the International Network in Philosophy of Religion.

Jones earned a Th.D. and M.T.S. from Harvard Divinity School and a B.A. from McGill University. Prior to coming to Trinity, Jones was the director of undergraduate studies for the Committee on the Study of Religion at Harvard University and a fellow at the University of Victoria’s Centre for Studies in Religion and Society. 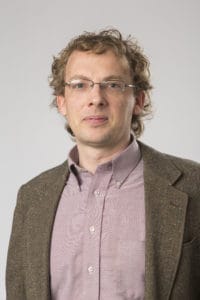 Kamola’s teaching and research examines the intersection of international political economy, African politics, and the politics of higher education. His monograph, Making the World Global: American Universities and the Production of the Global Imaginary, will be published by Duke University Press in 2019. Additionally, while at Trinity, he has co-edited two books and a journal symposium, and has published four peer-reviewed journal articles and five book chapters.

At the college, Kamola has served on Faculty Conference, the Committee on Institutional Advancement, and the Jury Pool, and as a member of the Global College subcommittee of the Bicentennial Strategic Planning Commission. He also co-founded the college’s chapter of the American Association of University Professors (AAUP) and serves on its executive committee. He has taken an active role in the reconfiguring the Trinidad Study Away program as a faculty advisor.

Kamola earned a Ph.D. and M.A. from the University of Minnesota and a B.A. from Whitman College. Prior to coming to Trinity, Kamola was an American Council for Learned Societies (ACLS) new faculty fellow, an Andrew W. Mellon Postdoctoral Fellow in the Department of Political Science at Johns Hopkins University, and a visiting scholar at Wesleyan University and at Dartmouth College. 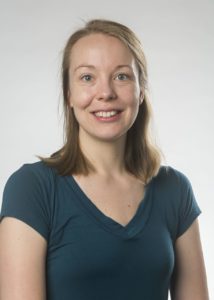 Kovarik is a bioanalytical chemist with special interests in microfluidics and chemistry education. She has consistently mentored students in her lab and has co-published papers with 11 of them in leading peer-reviewed journals. Additionally, she is the recipient of a $100,000 Cottrell Scholar Award for “Biological Noisiness of Reactive Oxygen Species in Dictyostelium discoideum” and a $212,253 NSF award, “RUI: Substrate Reporters and Microelectrophoretic Tools for Lysate and Single-Cell Studies of PKB Activity in Dictyostelium discoideum.”

Kovarik earned a Ph.D. from Indiana University, Bloomington, and a B.S. from St. Louis University. Prior to coming to Trinity, Kovarik served as a postdoctoral scholar at the University of North Carolina.