Trinity College’s Summer Music Series will run weekly on Wednesdays throughout the summer, rain or shine, from July 3 to August 7. The series combines two of Hartford’s summer treasures: the Trinity College Summer Chamber Music Series and the Plumb Memorial Carillon Recital Series. Listeners can enjoy a concert in the Trinity College Chapel, then revel in the pealing sounds of the carillon bells while enjoying a picnic on the college’s Main Quadrangle.​​

The Chamber Music Series, which began in 1974, is funded through private contributions. This music series presents an outstanding concert program of regional, national, and international chamber music ensembles to the Hartford music audience.

The Carillon Recital Series has been a Hartford tradition since 1949, featuring national and international guest artists. The audience gathers outside of the Chapel on the quad with lawn chairs and picnic suppers to enjoy the music of the 49-bell Plumb Memorial Carillon, one of approximately 200 such instruments in North America.

The complete schedule for Trinity College’s 2019 Summer Music Series is below: 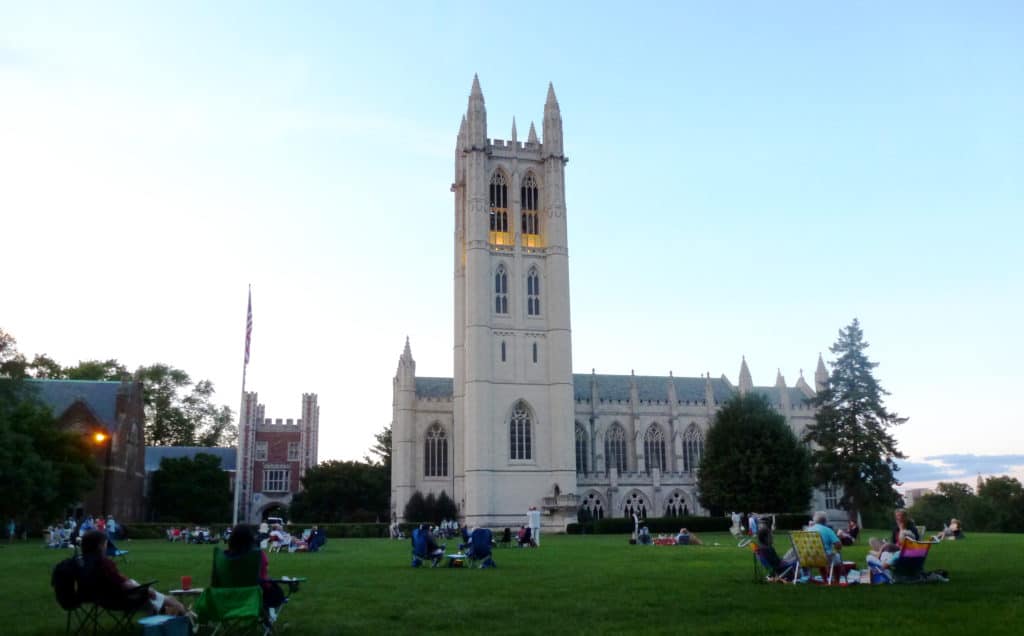 For more information on the summer concerts, call 860-297-2012 or click here. The Trinity Summer Chamber Music Series is made possible in part by the Stanley D. and Hinda N. Fisher Fund at the Hartford Foundation for Public Giving. The series also received support from the Lawrence J. Lunden Foundation at the TIAA Charitable Giving Fund. The series is also made possible in part by the generosity of loyal donors. For more information on how to support the series, contact Mark Hughes in Trinity College’s Advancement Office at 860-297-2162 or mark.hughes@trincoll.edu.