Hartford Youth Scholars (HYS) held its first drive-by matriculation ceremony on the Trinity College campus last month, in honor of the 26 months of hard work by rising ninth-graders in The Collegiate Academy. “We want to celebrate their progress on their journey toward college success,” said HYS Executive Director Anthony Byers. “As they matriculate into high school, we want to honor their accomplishments. We call it ‘matriculation’ rather than ‘graduation’ because the job isn’t done yet.”

HYS is a nonprofit organization that works with Hartford students—beginning when they are in middle school—and helps them get “to and through” college. The Collegiate Academy is a 26-month program of extracurricular classes, held on Trinity’s campus during the summer and on Saturdays during the school year. Scholars attend The Collegiate Academy classes while also attending their regular schools. All Hartford residents in the sixth grade are eligible to apply. 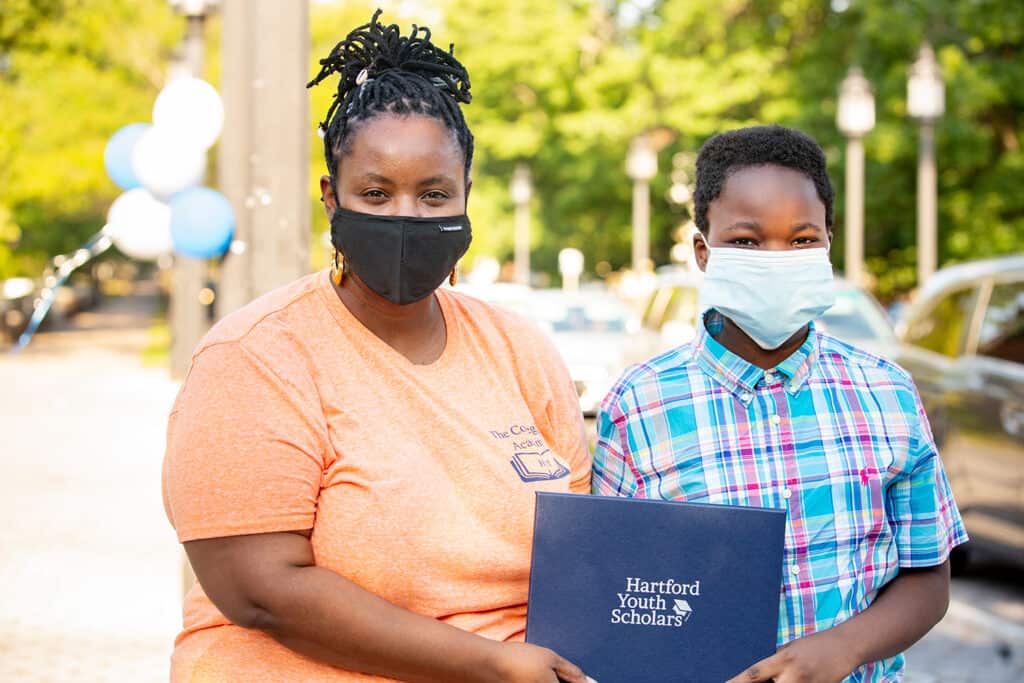 In the next four years, the scholars who matriculated during the ceremony along Vernon Street on July 29 will embrace opportunities to continue their academic enrichment in college, fulfilling the mission of HYS to give students from Hartford the opportunity to change their lives through education. HYS provides high school transition support through academic monitoring, socio-emotional support, and college admissions support. Byers said he hopes to expand upon the success of The Collegiate Academy by ensuring that the scholars not only transition to and graduate from college, but are ready for careers when they do so. “One of my recent goals has been to make sure that scholars walk confidently across the stage at their college graduation well-prepared to take on careers,” Byers said. “I feel strongly that these scholars are our next active leaders.” 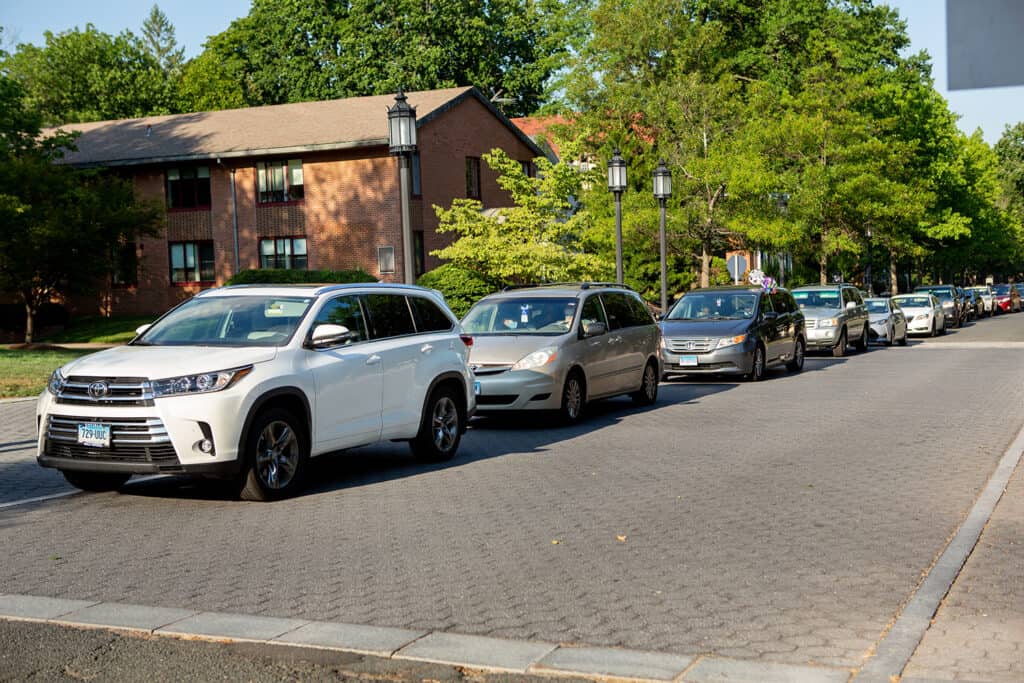 Like many educational programs this year, the summer session of The Collegiate Academy was conducted virtually in a distance learning format. Even with COVID-19 safety measures in place, Byers and his HYS colleagues still wanted to find a way to celebrate the progress of their rising ninth-grade scholars. “We talked about the idea of doing something virtual, but that didn’t seem right,” Byers said. “I think we made the right choice by having the drive-by ceremony. We could remain socially distant but be together at the same time.” 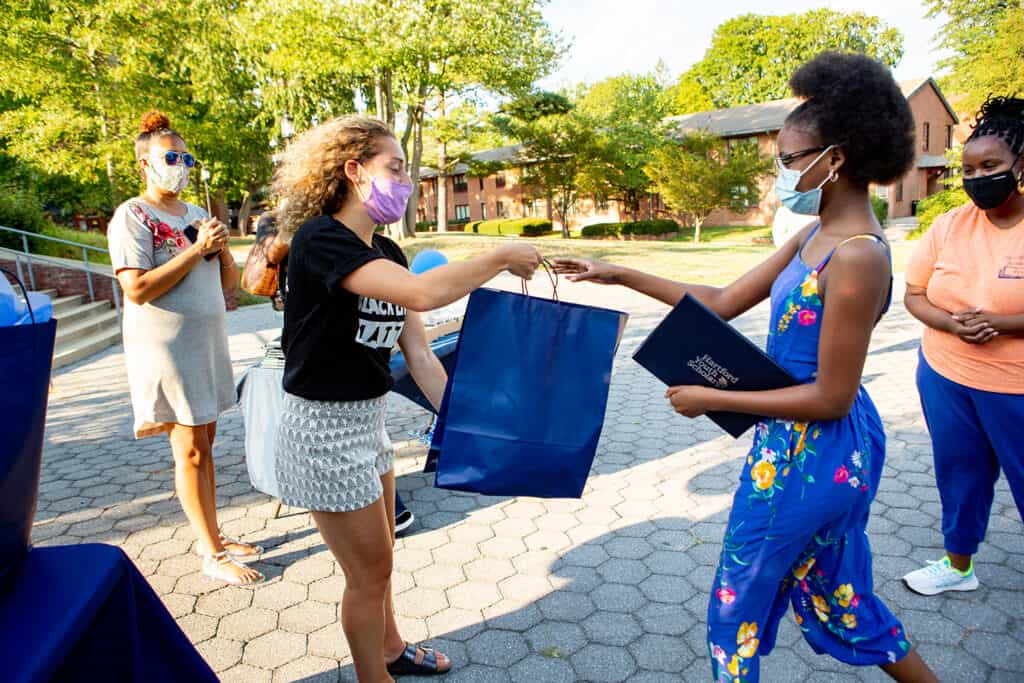 As many HYS classes and events take place on Trinity’s campus, and the program’s offices are on Allen Street, the matriculation ceremony has taken place in past years in the Trinity College Chapel or on the Long Walk. This year, scholars traveled down Vernon Street in vehicles with their families to pick up their diploma, “swag bags,” and a cupcake, all while being cheered on by Byers and other members of the HYS community. “Holding matriculation on Trinity’s campus has a huge impact on the scholars,” Byers said. “It sends the subconscious message that this could be them someday.” 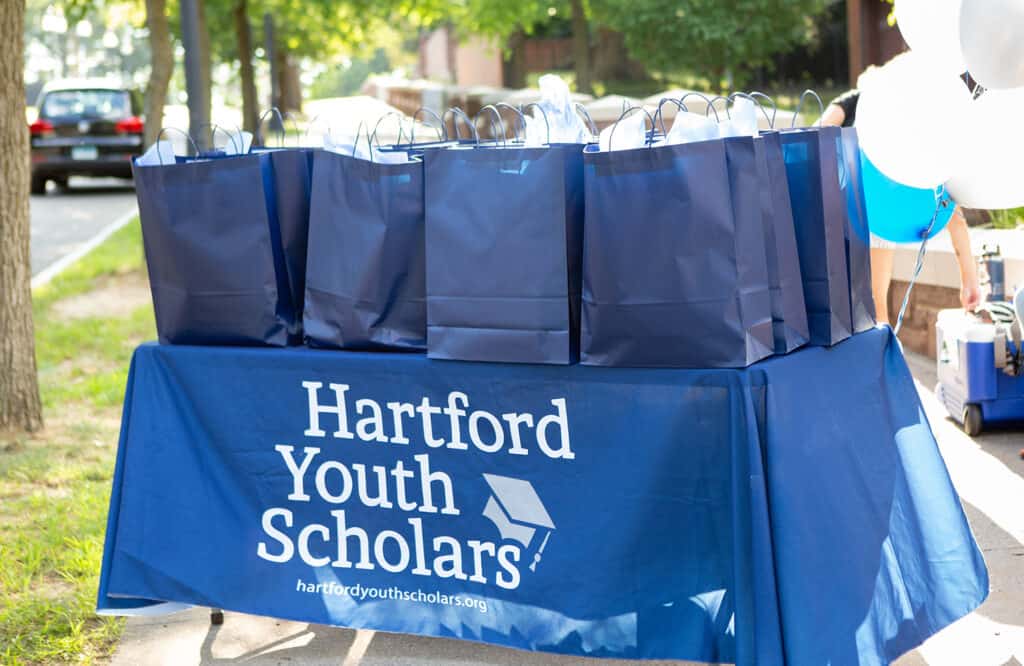 Byers said this connection with Trinity is invaluable to the mission of HYS. “What drives scholars is seeing others,” Byers said. “Even just seeing Trinity students walking around campus and hustle to class with a backpack on is so significant. Many scholars have never even been on Trinity’s campus prior to becoming a part of our program, even though they live right here in Hartford. Not only is it great for scholars to see others, and themselves, on a college campus, but it’s also amazing for them to see such an incredible college option right here in their home city.”