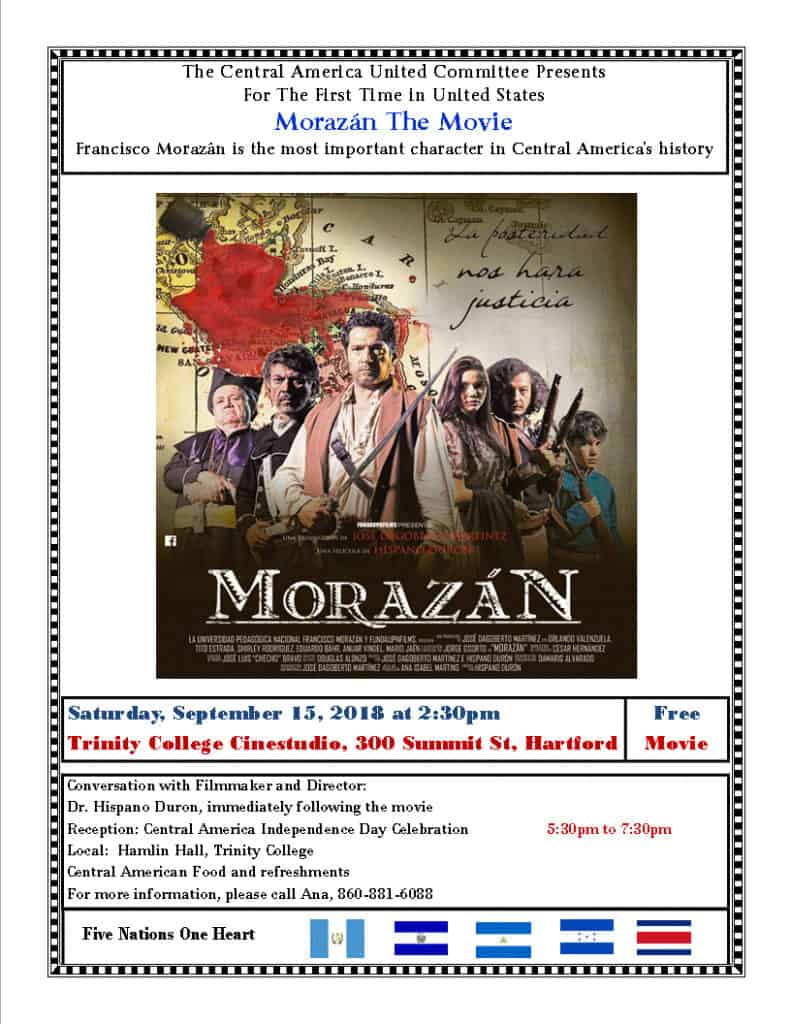 WHAT: The Central America United Committee and Trinity College’s Center for Caribbean Studies are hosting a Central America Independence Celebration, beginning with a screening of Morazán, the historic biopic about Francisco Morazán, considered to be the most important figure in Central America’s history. In 2017, the movie was Honduras’s first-ever Academy Award-nominated film. A conversation with filmmaker and director Hispano Durón will follow the screening. After the discussion with Durón, a festive reception will take place, featuring Central American food, remarks by special guests and dignitaries, and the playing of the national anthems of five Central American countries. All events are free and open to the public.

WHERE: Cinestudio for film and discussion; Hamlin Hall for reception
Trinity College
300 Summit Street, Hartford, CT 06106
(For directions and a map of the Trinity College campus, click here. Parking is available in the college lots and on Summit Street.)

The Center for Caribbean Studies, led by its co-directors, Professor of History and International Studies Dario A. Euraque and Professor of Fine Arts Pablo Delano, explores and celebrates the distinctive Caribbean character of the city of Hartford and the influence of Caribbean civilization on contemporary cultures around the world. It conducts collaborative research and hosts cultural events and exchanges that build upon the region’s transnational connections while helping Trinity students develop as engaged global citizens.