It’s a special experience for a professor to see which lessons have stuck with students over many years of teaching. 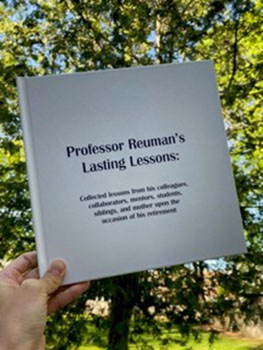 After Associate Professor of Psychology David A. Reuman finished teaching his last class at Trinity in the spring 2021 semester, his daughter Lillian Reuman surprised him with a book called Professor Reuman’s Lasting Lessons. The compilation of reflections and notes included 40 written contributions from David’s former students, colleagues, family members, and students he hosted in years past. David Reuman will officially retire from Trinity in June 2022.

“It was a wonderful thing,” David said. “There was a part of me that was totally surprised, but there was another part of me that knew this was a tribute to how great of a person Lillian is.”

Lillian wanted to celebrate her father’s coming retirement while still keeping safety in mind during the pandemic. “With COVID, I realized that traditional retirement celebrations—parties, lectures, and other things—could be difficult. Still, I wanted to create something for him that he could keep, and that would give an opportunity for a lot of people to participate. So I thought, given that he is a professor and spends his life teaching lessons, that it would be nice to hear from people that he’s crossed paths with to see what lessons stuck with them,” she said. “I gave the book to him, and he looked through it with a big smile. He seemed to be amazed by how many people contributed, specifically people who he didn’t have contact with in a while.”

Associate Professor of Psychology Laura Holt ’00 contributed to the book as David’s former student and colleague and also helped Lillian connect with his former students. “David was one of the most supportive people at Trinity, and he gave me the confidence to continue in the field,” said Holt, who received tenure at Trinity in 2016. “He helped me believe that I could learn what I needed to be successful in the field of psychology. I felt comfortable going to graduate school knowing that I had a solid foundation.”

Holt also emphasized how helpful David was as she completed her senior thesis as an undergraduate. “I remember thinking to myself, ‘He wasn’t even my advisor, and yet, he spent hours helping me.’ He left an indelible mark on me, to think how fortunate I was to have an instructor like him,” she said.

David began his teaching career at Trinity in 1987 and focused his research on effects of the social organization of schools on achievement motivation, academic performance, and peer relations. During his time at Trinity, he served as director of the First-Year Program and as chair of the Assessment Advisory Board and the Institutional Review Board for research involving human participants. He also served on numerous committees, including those focusing on curriculum and retention, and he was the advisor for approximately 100 senior thesis projects.

Olivia Curreri ’19 said, “I wrote my senior thesis as a part of the metacognition lab within the Psychology Department, and Professor Reuman and [Associate Professor of Psychology] Dina Anselmi were my faculty advisors. Professor Anselmi was on sabbatical, so I worked closely with Professor Reuman while she was away. He was always a lovely person and professor to work with; throughout my thesis, he was there as a guide—academically and personally.”

Holt added, “As his colleague, I appreciate the hard work he has done behind the scenes to ensure our students have an excellent experience in the major. I’ve also seen him support my colleagues in myriad ways. He is selfless, intelligent, and he sees the value in helping others grow.”

Similar sentiments were shared in the book Lillian put together. She began reaching out to past students, advisees, and colleagues in January with the help of Holt and other members of the Psychology Department. This did not surprise David at all.

“Lillian loves traveling, and after every trip, she always puts together an album of pictures, memories, and stories from her trip,” David said. “This is just another example of those skills she has for putting together messages; in this case, for me from people that I shared time with.”

Giving this gift to her father was a gratifying experience for Lillian. “I wanted it to be as positive of an experience as possible, given that his past year of teaching during the pandemic has not been how anyone anticipated it,” she said. “I know he values meeting with students and getting to know them, so it was a very unexpected end to a very long, meaningful career.”

Curreri said that she is excited for her former professor to begin this new chapter in his life. “He is leaving a great legacy at Trinity,” she said. “He is such a hard worker, and he cares about his students so much. I am definitely sad to see him go, knowing that he will no longer be able to guide students in the years to come, after making such a strong impact on so many students’ lives, mine included.” 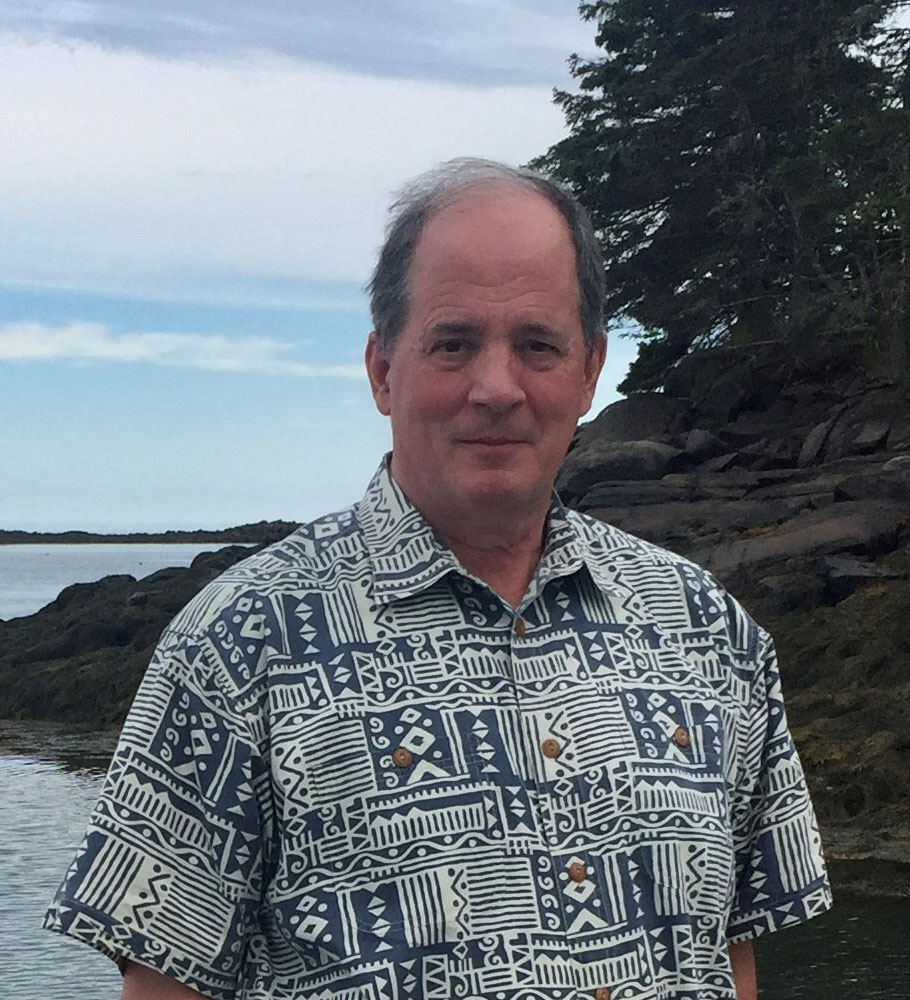 After he retires, David is unsure of how he wants to spend his free time. “My wife and I would like to travel. What I do is probably not going to be academic in the way a lot of my life was organized. One of the ideas I toyed with is working with Habitat for Humanity,” he said. “I wouldn’t mind doing some volunteering with an organization like that where the benefit is not earning income but helping people have quality housing. I don’t know what exactly I’m going to do, but it’s going to be a little out of the box—challenging, interesting, and worthwhile.”

There’s only one other retirement gift David thinks would be appropriate: “I would like a tree to be planted on campus because I was known for giving out a lot of printed hand-outs in classes, and some people said that I should not waste so much paper,” he said. “So, in some ways, planting a tree is my way of trying to atone for all of the paper I’ve handed out in many, many classes over many, many years.”