A Passion for Helping People in His Home Country

“My country is going through rough times,” said Daniel Santos Ramírez ’23, a Trinity College student from Caracas, Venezuela. “I came to Trinity and the U.S. to get skills and training to help make things better back home.”

Venezuela is experiencing one of the worst humanitarian crises in the history of the Western Hemisphere, Santos Ramírez said. “More than five million people have left the country because they can’t sustain their lives,” he said. “Through the course of my life I’ve seen Venezuela descend into tyranny and the economy go very bad. The average Venezuelan doesn’t eat three times a day, there are rising crime rates, a violent police force, hyper-inflation, and a shortage of goods.”

To help address these life-threatening challenges, Santos Ramírez has co-founded a project called Yakera, an online platform empowering Venezuelans to create fundraising campaigns and access donations from around the world. “In the past few months, it has become a much more time-sensitive project, as it offers an alternative to humanitarian aid in the middle of this COVID-19 pandemic,” Santos Ramírez said.

At Trinity, Santos Ramírez is a political science major and plans to declare economics as a second major. He’s the social chair of the Latino student group La Voz Latina and is a member of the boxing club and a literary society. But his passion lies with helping the people of his home country. “My heart and my emotions are deeply connected to my home,” he said. “It’s difficult to see your country go through this. It’s where I come from and where my family is; that’s what moves me.”

Santos Ramírez is a United World Colleges scholar who attended Pearson College UWC in Canada for two years prior to coming to Trinity. “Even before UWC, I was involved in educational human rights in Venezuela,” he said. “For most authoritarian regimes, education is a tool of control. I was advocating back home for free, fair, and quality education, which is a human right.”

Along with a team that includes friends from home and fellow UWC students, Santos Ramírez has been working since January 2020 on how to help Venezuelans in need. “We currently have a team of eight people from six different countries, spread over multiple colleges and universities around the globe,” he said. 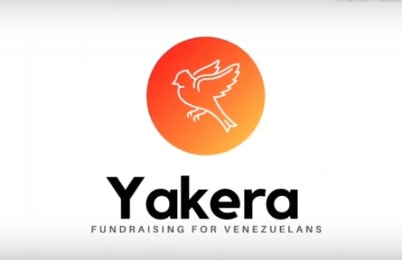 The goal of Yakera (a word meaning “gratitude” in Warao, an indigenous language of Venezuela) is to improve the everyday lives of Venezuelan people by enhancing their nutritional, medical, and financial security while giving them a voice to advocate for their own pressing needs. “Most mainstream fundraising platforms like GoFundMe require U.S. bank accounts or a Social Security number to start a campaign, so it’s difficult to fundraise abroad and bring it in. We’re working on the direct transfers of money,” Santos Ramírez said. “The idea is that people who are in need would open a campaign on the platform and tell their stories to directly appeal to donors. We are helping Venezuelans and we believe that by offering them an alternative to empower themselves, we are giving them air to breathe.”

As the head of local implementation and partnerships for Yakera, Santos Ramírez is planning a community trial in Caracas starting in December 2020. “This will measure the platform’s impact on a small scale,” he said. “We’re doing a fundraiser to cover for the costs of that trial.” The funds raised for the trial will go toward operational costs such as web hosting services, computers, advertising and legal fees, as well as personal protective equipment for local partners in Venezuela, including Nutriendo el Futuro, a non-government organization which coordinates community initiatives in Caracas.

“Working with the NGO, we’ll find 15 families or individuals in need and work with them to open the first 15 campaigns,” Santos Ramírez said. The trial phase will test the Yakera website, gather data on the community impact, and then make any necessary improvements before launching the site with more campaigns. 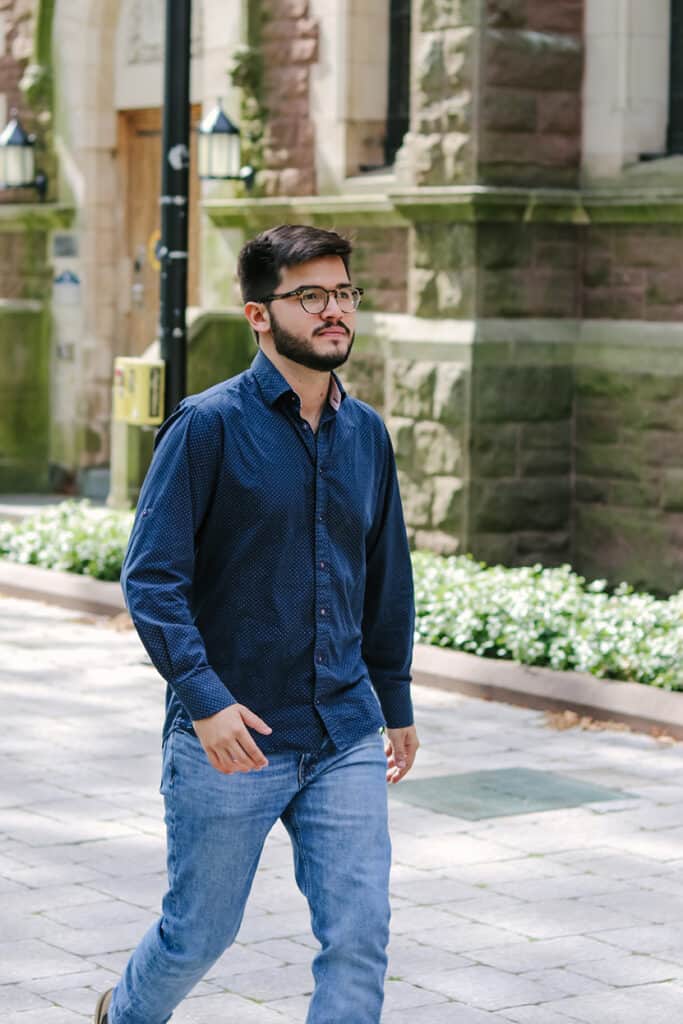 In Hartford, the faculty and staff at Trinity know Santos Ramírez as an engaged student who is interested in learning all he can in order to use his knowledge to help others.

Assistant Professor of Political Science and International Studies Belén Fernández Milmanda, who teaches Santos Ramírez in her “Latin American Politics” course at Trinity, said, “I can see in Daniel’s interventions his passion for Latin American politics and his eagerness to learn more about his country and the region, and how politicians and policy decisions affect citizens’ lives. He’s always interested in learning how political science can help us devise solutions for the region’s recurrent problems of democratic instability and poverty.”

International Student Advisor Katie Clair added, “Daniel’s passion for working toward a better Venezuela is palpable. He’s exactly the type of person we hope to have at Trinity: someone who is intellectually curious, kind, motivated, and cares about the greater good for both his country and the world.”

To learn more about Yakera and to help support its trial program, visit its GoFundMe page here.