Trinity College Associate Professor of Classical Studies Meredith E. Safran first learned about the world of classical antiquity by reading the stories in D’Aulaires Book of Greek Myths when she was a child. In college, Safran paired an anthropology major with a study of ancient Greece and the Near East in a self-designed major called “ancient studies.” She said, “I was encouraged to combine my interest in analyzing human culture and my fascination with the ancient Mediterranean world by faculty who supported interdisciplinary research, which is characteristic of classical studies.”

Today, Safran researches and teaches in the field of classical reception studies, which examines connections between the ancient and modern worlds, with a focus on how classical myths are recreated and repurposed in the media. She said, “A basic question I try to address in my current work is, why do people today remain fascinated by the myths of a historical society that existed thousands of years ago, in stories that people in antiquity used to explain their society and the natural world as they experienced it?”

Last fall, Safran spoke on campus as part of the Faculty Research Committee lecture series. She traced the influence of the poet Vergil’s Aeneid throughout American history, noting how American authors had been interacting with this Roman epic poem to explain their own experiences. “The story of the Aeneid starts off with the desire to escape the ruins of the old world and find a new world where you can establish what ultimately becomes a great empire, which is a very American story, in retrospect,” she said. 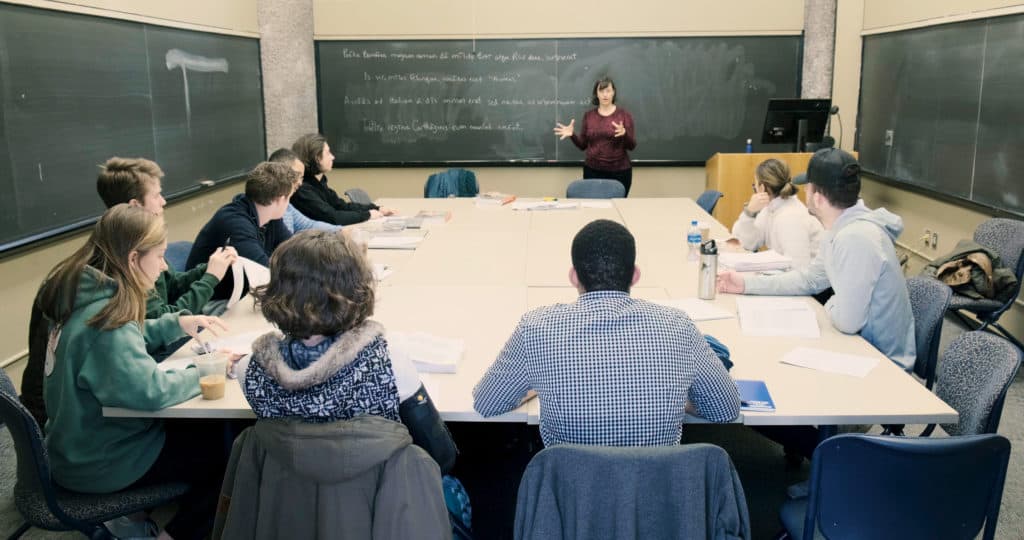 Safran’s work was sponsored by a grant from the Faculty Research Committee, which helped her to research her forthcoming single-authored monograph, Battlestar Galactica: An American Aeneid For The 21st Century. After realizing that the television space epic Battlestar Galactica was deeply informed by Virgil’s Aeneid, Safran visited the University of Southern California’s Cinematic Arts Library to look through executive producer Ronald D. Moore’s Battlestar Galactica production notes to discover if there was any mention of the Latin poem. Because Safran found no direct mention of the Aeneid during this search, the experience spurred her to come up with an alternative explanation, by reconstructing the genealogy of the American reception of the Aeneid. She ultimately found that the plot and themes of the Aeneid influenced the mythologized retellings of the settlement of the American West in the Western genre. The science-fiction idea of a “wagon train to the stars,” first imagined by Star Trek creator Gene Roddenberry, was later realized in the original 1978 Battlestar Galactica, the inspiration for Moore’s post-9/11 version. “Even if people aren’t thinking about the Aeneid anymore, all those values, and that narration, have jumped into this new genre,” Safran said.

Safran has researched the influences of many different classical myths on modern media. In her chapter in the book Epic Heroes on Screen (2018), titled “Sacrifice and Salvific Heroism in Supernatural (2005 – ),” Safran argues that Dean Winchester’s characterization is informed by Hercules, in contrast to a model informed by Christ. “The mythology that the show borrows overtly is Judeo-Christian in nature,” Safran said. “This mythology wants to press the older brother into the role of a Jesus figure, compelling him to sacrifice himself to save humanity, yet he refuses—and the series validates his refusal… because this character is built along the lines of a very different ideology of heroism.” Safran also is the editor of a multi-author volume of collected papers published in November 2018 called Screening the Golden Ages of the Classical Tradition. “Every one of the chapters in Screening the Golden Ages is concerned with a different TV series or movie that has achieved some sort of popular audience and implicates this classical concept of the Golden Age—this perfect time that we feel totally sure existed in the past, and yet, we’ve lost it,” Safran said. 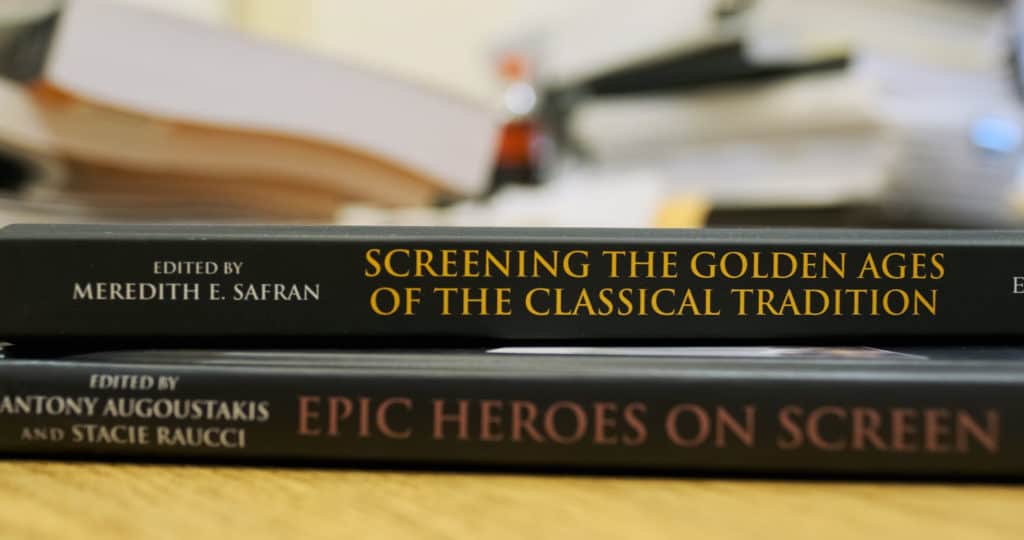 Safran teaches a mythology survey and a senior seminar, in which students undertake mini-research projects to explore the heritage of Trinity. Safran and her students explore the college archives for examples of classicism in the history of Trinity itself. “Some examples of classicism at Trinity are in fact written in Greek or Latin on the stones around us… It’s always interesting for students to go into the archives and see why those things exist at Trinity, and what some other examples might be of how classicism has informed the culture of the college,” she said. Safran also directs the Latin program and teaches Latin 101. “The study of Latin is certainly helpful for students who want to think more deeply about English itself,” she said. “Why are sentences put together the way that they are? These are the kinds of things you think about more deeply when you’re learning another language.”

Safran encourages everyone to find the value in being able to make connections between classical studies and modern experiences: “We have all this freedom to take these stories and recreate them on our own terms, and I think that sense of invention and creativity is something that every student should feel free to engage in.”

See a video about Safran and her work below.

To read more about classical studies at Trinity, click here.