Back to Gateway Programs

The group first stopped at Colt Park, where Prof. Myers led the students on a walking tour of the park, highlighting a site on Wawarme Ave that is believed to have been visited by the spirit of the Virgin Mary as an example of the tension between the City’s intended purpose for the roadside site and the cultural and spiritual importance of the site to some of the residents of Hartford. After walking past the revitalizing factory, the group returned to the bus to head to downtown. 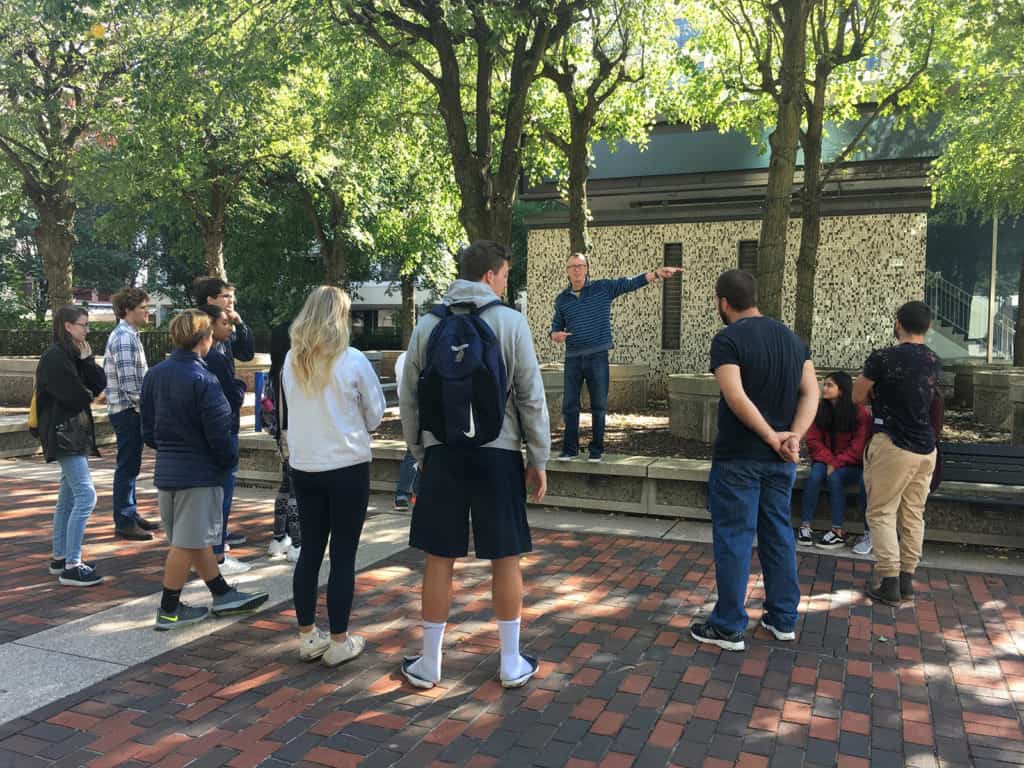 The next stop was KNOX’s Hartford headquarters and the site of their main urban farm. Gabby led the group on a tour of the farm, speaking about the different food and farming organizations in Hartford. 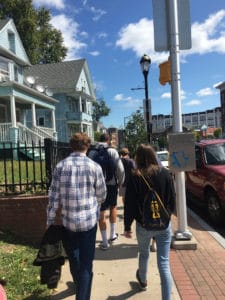 After a walk down Park Street where Prof. Gamble spoke about the CT Fastrak Parkville stop, the group ate lunch at Brazil Grill.